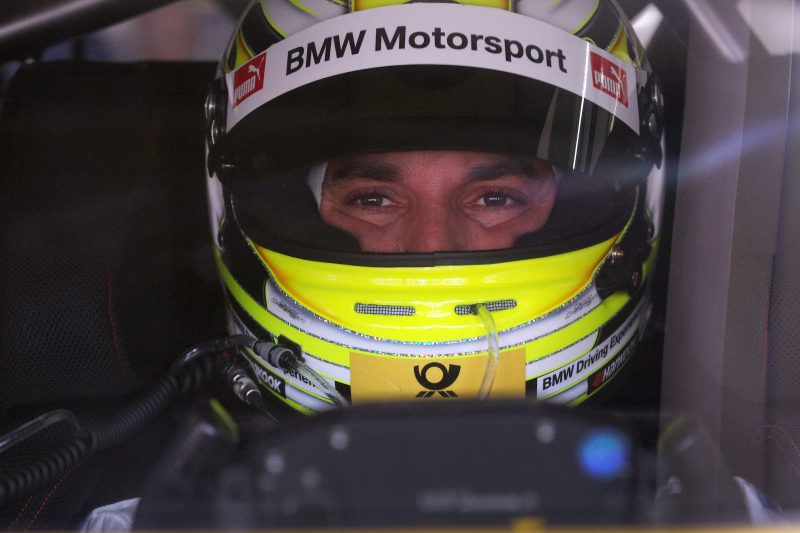 DTM star Timo Glock has revealed his desire to contest the Supercheap Auto Bathurst 1000 as a wildcard runner.

The factory BMW driver has been a long time admirer of Supercars having followed the championship closely from his German base.

Glock, who has made 91 Formula 1 race starts during his glittering career, admits competing in Supercars’ showpiece event is high on his list of career goals.

It was at the event where preliminary talks regarding a Bathurst 1000 wildcard outing alongside fellow BMW DTM driver and two-time champion Marco Wittmann were held.

“I’m a big fan of the V8s. I watch a lot of the races,” said Glock, who is set to join BMW Team SRM for a second crack at the Liqui-Moly Bathurst 12 Hour next week.

“It would be a race that’s on my list to do, it would be a dream to do a Supercars test at some time. But it’s tough to get it done because of my schedule, doing DTM races and then doing the commentary stuff for RTL in F1.

“It’s quite busy at that time of the year.

“I had a long chat with Mark Skaife about it last year, and we were talking about getting sponsorship done and maybe doing a car with Marco Wittmann to do a car like they did for Andy Priaulx and Mattias Ekstrom a few years ago.

“That would be on my list, yeah. Let’s see how it works out.”

Glock says he has been hugely impressed by the show Supercars puts on for its fans and believes his own DTM series could learn plenty of lessons from the category.

The German touring car series has long been based around cars featuring high levels of downforce, which has reduced opportunities for overtaking, resulting in organisers introducing a DRS system to combat the issue.

Glock believes Supercars’ low downforce sedans should be the blueprint for DTM in the future as the series prepares to lose Mercedes as a manufacturer from next season.

“Since I’m in the DTM, I’ve been saying that we need to see what the V8 Supercars in Australia are doing,” Glock added.

“They do it right. You guys have cars that have a proper cars, they have, compared to DTM, zero aerodynamic downforce.

“You can follow each other, you can overtake, you can drive side-by-side, and that’s what we can’t do.

“Entertaining the fans, that’s what we need. That’s why I say we need to go more and more in this direction with the car, and automatically the show will be better, automatically the fans will join, because it will be a show and proper racing. I hope that’s the way we go in the future.

“The downforce makes a difference, and that’s what we need to get rid of in the DTM and get closer to what you guys are doing in Australia. That shows in the races.

Glock will team up with Steven Richards and fellow BMW factory driver Philipp Eng in a BMW Team SRM entry for next week’s Bathurst 12 Hour.