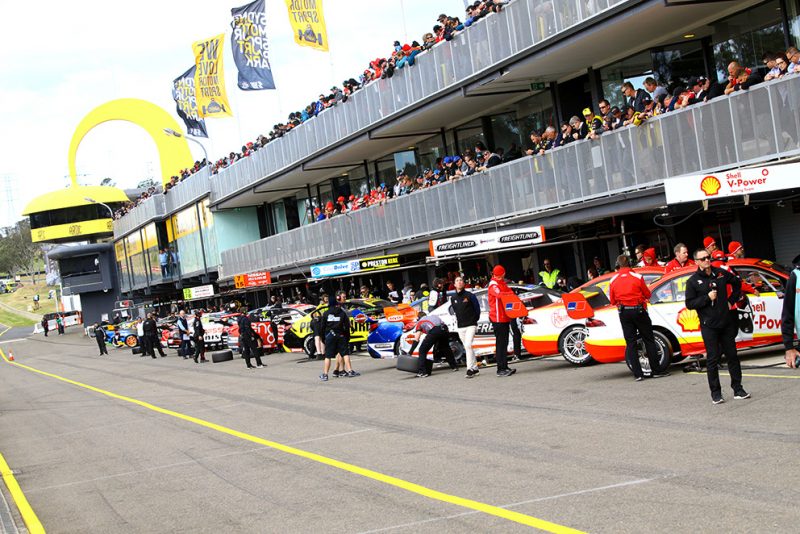 Supercars has confirmed the pit lane order ahead of the 2018 Virgin Australia Supercars Championship beginning in Adelaide in March.

Set primarily by the finishing order of the teams’ championship, DJR Team Penske moves to the top end of the lane courtesy of winning last year’s competition.

It means Triple Eight has been bumped out of the first two garages, and will now occupy the second and third garages in the lane.

Moving into the space previously occupied by DJRTP, Erebus jumps from the penultimate garage into the middle of pit row, courtesy of their fifth place in the teams’ championship last season.

“It doesn’t matter what I tried, I was always in the garage second to the end,” Erebus team boss Betty Klimenko told Speedcafe.com.

“For a private team, you have to finish above seventh to actually get a garage further up.

“I think it was wrong, I think if you’re seventh you should be in the middle somewhere, but because of all the affiliations you get pushed back.”

Walkinshaw Andretti United moves down the lane from the third garage last year to the 10th this season, where it will be neighbours with Nissan Motorsport and Brad Jones Racing.

Position in pit lane is critical for teams, and can have a sporting impact on their performance – especially in qualifying or should the field elect to pit under Safety Car.

In qualifying, those near pit exit have an easier run out of the lane, while those at the other end of town can lose as much as a minute before they’re on track.

With short qualifying sessions, at circuits such as Symmons Plains and Barbagallo this can equate to the loss of almost an entire lap.

In race trim, garages positioned near pit entry are more difficult to exit as the field enters the lane, which can drop a car well down the order as it waits for a break into which it can feed.

The 2018 Supercars Championship gets underway at the Adelaide 500 in March, with the official pre-season test at Sydney Motorsport Park on February 16.