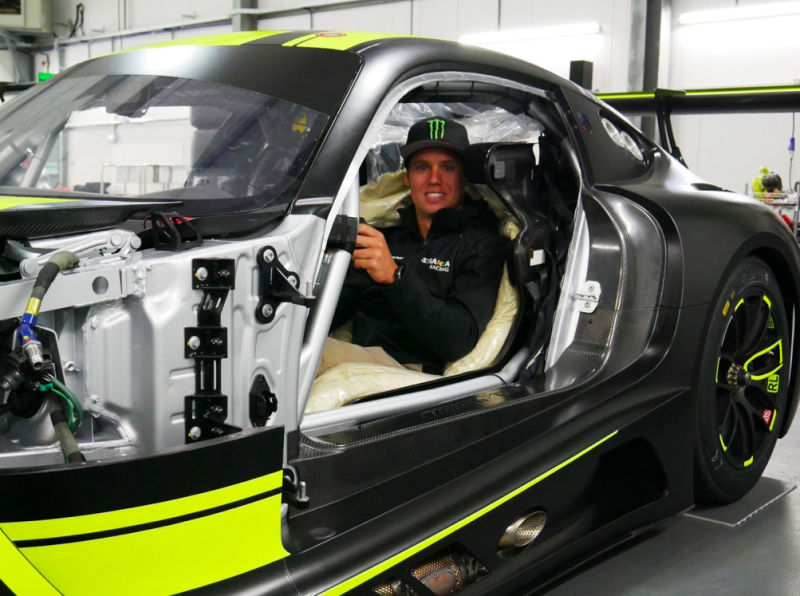 Cameron Waters is hungrier than ever for the new season to begin following a productive trip to Europe to hone his driving skills.

The Tickford Racing Supercars driver jetted over to England last week to aid his preparations for the new season, which begins with a debut appearance at next week’s Liqui-Moly Bathurst 12 Hour.

Waters headed overseas to sharpen his race craft by taking part in sessions at the renowned Rob Wilson Driving School.

New Zealander Wilson has become a leading figure in his field having assisted several Formula 1 stars, including Sebastian Vettel and Valtteri Bottas, in honing their talents behind the wheel.

Waters completed a similar program this time last year which he feels contributed to a breakthrough 2017 Supercars season that included a maiden race win at the Sandown 500.

The Mildura-born driver joined Wilson at Bruntingthorpe Aerodrome for a refresher course to prepare himself for the new campaign.

“It was a good little trip and I think it has been pretty beneficial,” Waters told Speedcafe.com.

“It was all pretty similar to last year but it was good to get back and do a refresher course.

“I’m just excited to get into the year now and get back in the car.

“I kind of picked up where we left off. He (Wilson) was pretty pleased with my progress across the year.

“He has followed some of my racing and watched Sandown so it is really cool to have someone like Rob watching how I am going.

“For me I ticked every goal that I set. I won a race, I managed to get a pole position and compared to 2016 it was a massive step forward.

“I’m probably hungrier than ever now as I have tasted success so the goals will change a bit for this season.

“I just want to keep improving and be able to challenge up the front more often.”

During the trip Waters took time out to meet the Strakka Racing operation he will join to contest the Bathurst 12 Hour.

Waters visited the squad’s Silverstone base to complete a seat fitting in one of team’s two Mercedes-AMG GT3s set to tackle the GT endurance race at Mount Panorama.

“It was cool to go and see their facility and meet all the engineers and people who work for the team. I’m really excited to get to the 12 Hour now,” Waters added.

“They are a top team and they have been doing it for a while and I was pretty impressed when I walked in. The cars look really good and overall its a pretty professional outfit.

“They quizzed me a bit about the track.

“Obviously I have raced at Bathurst a few times so I have a fair bit of track knowledge and they don’t really have that.

“However I will be going up there this year to learn the car, so myself and the other drivers will probably trade some car and track knowledge.

“We will try and help each other as much as we can.

“It’s my first 12 Hour so I’m excited to do it and get up there in something different; I’ve never driven a GT car before.

“It will be interesting to get up there and see what it is all about.”

Waters joined his Tickford Racing team-mates Mark Winterbottom, Chaz Mostert and Richie Stanaway for a boot camp to assist preparations for the new season at the Gold Coast today.

Next Story Mercedes legend to advise teams at B12 Hr