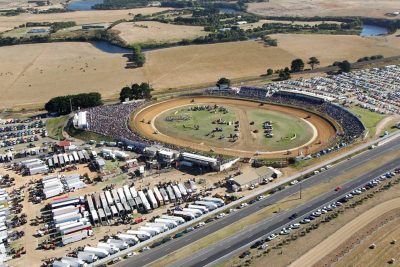 A West Australian man who was throwing biscuits at cars has been released with a good behaviour bond after missing Warrnambool’s Grand Annual Sprintcar Classic due to his arrest.

According to local newspaper The Standard, Daniel Stamenich had travelled across from Western Australia to watch the Classic but was detained on the Saturday after passing out in a street.

He had been denied entry to a restaurant due to intoxication and subsequently threw biscuits at passing cars, among other unsavoury behaviour.

Stamenich spent two days in custody and therefore missed the final day of the Classic.

He pleaded guilty to his charges and was placed on a three-month good behaviour bond on the condition that he leaves Victoria by 1800 tonight.

Corey McCullagh won the Classic in a major upset which thrilled the capacity 12,000-strong crowd at Premier Speedway.