Mercedes legend to advise teams at B12 Hr

Mercedes legend to advise teams at B12 Hr 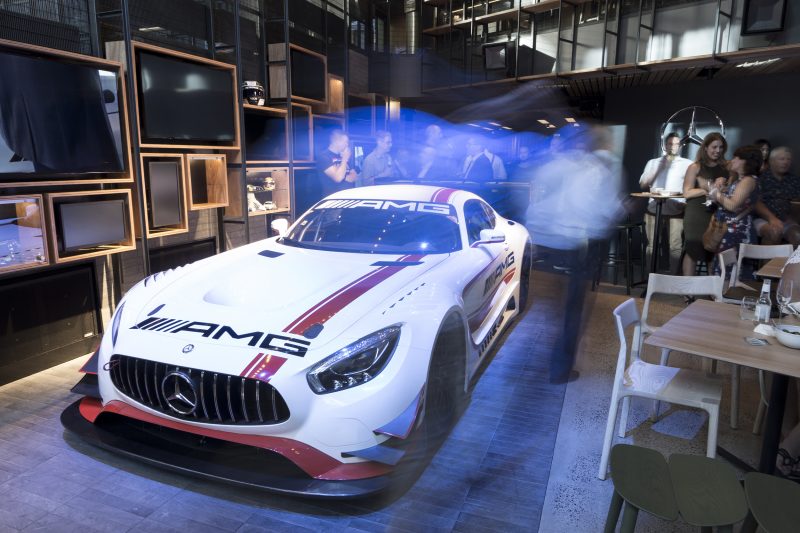 German motorsport ace Bernd Schneider will be a part of next week’s Liqui-Moly Bathurst 12 Hour event in a corporate capacity and as an advisor for all Mercedes-AMG GT3 teams.

Schneider will be a guest of AMG Australia, but will also be on hand to work with teams and individual drivers due to his wealth of experience with the AMG GT3 race car.

It is also believed that five-time 500cc motorcycle world champion and AMG ambassador Mick Doohan will also be at the event.

Mercedes-AMG launched a massive build up to next week’s Bathurst 12 Hour with a corporate and media function at their Mercedes Me facility in Melbourne’s CBD tonight.

More than 150 guests attended the function which featured a race-ready AMG GT3 in the middle of the room.

The Mercedes-AMG E63 Safety Car which will be used for the 12 Hour, where Mercedes-AMG is the featured marque this year, was also on show.

However, the late involvement from AMG and the injection of fourth driver Raffaele Marciello has elevated the team to a Pro class entry.

Whincup drove the Scott Taylor Motorsport AMG GT3 for the first time at the Queensland Raceway yesterday and reportedly clocked a time around 1:09.4s on older tyres, slightly faster than his Supercar on similar rubber.

It is believed that the McLarens tested at the circuit the week before turned similar times.

“What was going to be a pretty cruisy weekend has all of a sudden gotten more serious,” said Whincup.

“AMG has become involved and there a few engineers coming down and we now have Marciello as the fourth driver.

“It took a while to get into the rhythm of working with the ABS and traction control, but once we got going the times came down.

“The 12 Hour is a great event, but there is no doubt that we will need to work harder if we were to win again this year,” he added, having taken out the previous year’s edition with Craig Lowndes and Toni Vilander in the Maranello Motorsport entry.

The Mercedes Me facility, one of nine of its type around the world, is a cafe and coffee bar through the day which can transform into a high-end function facility at night.

The centre will open for the Bathurst 12 Hour weekend (February 2-4) and will also for several events during the Australian Formula One Grand Prix weekend the following month (March 22-25).