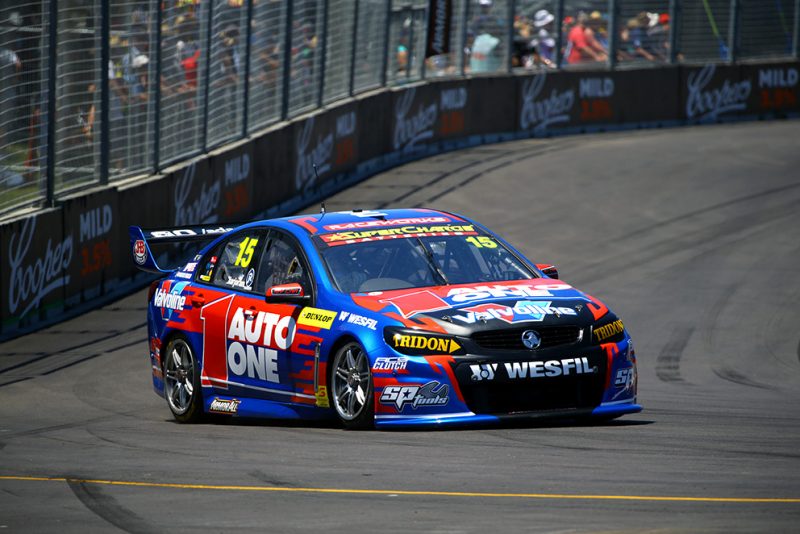 Marjoram moves across from Matt Stone Racing, where he has spent the past two years in Super2, to Image to drive its newly acquired ex-Erebus Motorsport Commodore last raced by Dale Wood.

The team will enjoy technical assistance from Erebus team manager Barry Ryan, who also worked with Marjoram during his time in an Erebus Academy-entered V8 Ute in 2014 and 2015.

While the West Australian remains contracted as an Erebus Academy driver, the agreement is not a formal partnership between the two squads.

“Erebus have always kind of been there and we’ve always been very friendly with Terry, he’s a great guy, and we always talk,” Marjoram explained to Speedcafe.com.

“When the opportunity presented itself, it was something we had to consider and he asked what we were doing and it all kind of came about.

“I was very happy with MSR, I could have kept going there, but when the opportunity like this presents itself, it ticked a lot of boxes and made a lot of sense.

“It’s something that we explored and over the off-season it got better and better so I’m quite excited, actually.”

Though the Wood VF Commodore was Walkinshaw-built, it had been upgraded to an identical specification to that of team-mate David Reynolds’ internally-built car.

“There’s nothing formal signed as a technical agreement but I’ve known Terry for a long time and obviously Adam’s a part of the academy and he drove for us in ’14 and ’15 in the utes,” said Ryan.

Marjoram’s Commodore will sport a similar Auto One livery to that which he has had in recent years.

Boys is a known quantity to Wyhoon, having debuted with Image in last year’s Kumho V8 Touring Car Series before an impressive step up to Super2 from the Sandown round to season’s end.

The young Albury product will drive the ex-Garry Rogers Motorsport Commodore which Jack Perkins raced in 2017.

“Jordan Boys is going to drive the car that Jack Perkins drove last year, so we’re giving that a revamp at the minute for him,” Wyhoon confirmed to Speedcafe.com.

The team is set to again run its pair of ex-Stone Brothers Racing FG Falcons in V8 Touring Cars, with New Zealand karter Jordan Baldwin confirmed for one car.

The new Dunlop Super2 season starts at the Adelaide 500 on March 1-4.