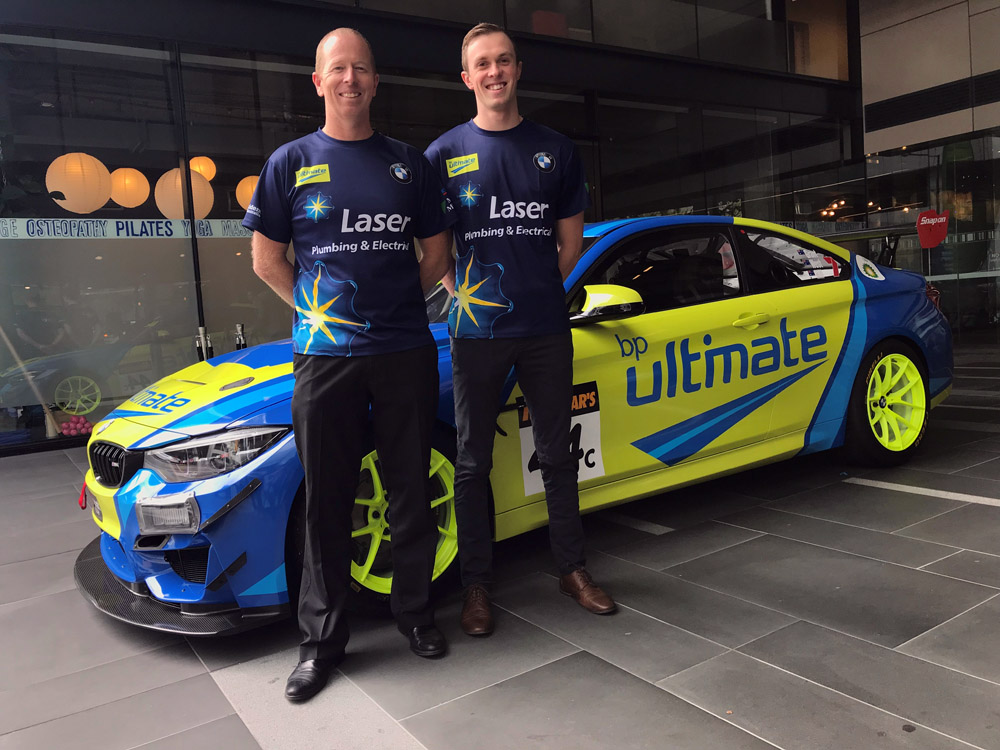 BMW Team SRM has unveiled the BMW M4 GT4 it will campaign at the 2018 Liqui-Moly Bathurst 12 Hour next month.

The team also confirmed the addition of Cameron Hill to its driver roster, joining Xavier West and Dean Grant behind the wheel of the factory-backed machine.

“I’m over the moon about it,” said Hill.

“A couple of weeks ago I wasn’t really thinking about the Bathurst 12 Hour because I didn’t have anything lined up, and then Steve Richards gave me a call and told me there was an opportunity.

“I just jumped at it. The opportunity to race at the 12 Hour, in a BMW factory-backed GT4 car, it’s insane. I’m absolutely rapt.”

Hill competed in the Toyota 86 Racing Series in 2017, and at the Bathurst 6 Hour last year at the wheel of a Toyota 86, but this will mark his maiden Bathurst 12 Hour appearance.

“I’ve had important races in my career before, but in terms of prestige this is the biggest event I’ve ever competed in,” he said.

“This is the international stage, and there are so many factory teams and drivers involved.

“Just to be part of the field will be an awesome experience and one I’m definitely going to grab with both hands.”

“I’ve been connected to Cam for a couple of years now,” added team boss Steve Richards.

“Cam is a young guy that’s really focused on his motor racing.

“On a number of occasions he’s called me up looking for advice on how to do things better, how to chase sponsorship, and things like that.

“When you’ve got somebody being that proactive in the racing game, it makes you take notice of them.

“His on-track results have been excellent over the last three years, so it was an easy decision to get him involved.

“I’m excited about having Cam as part of the team, I think he’s a great up-and-coming driver.

“It’s nice to be able to offer him an opportunity to take the next step and race something that’s a bit faster than what he’s been used to.”