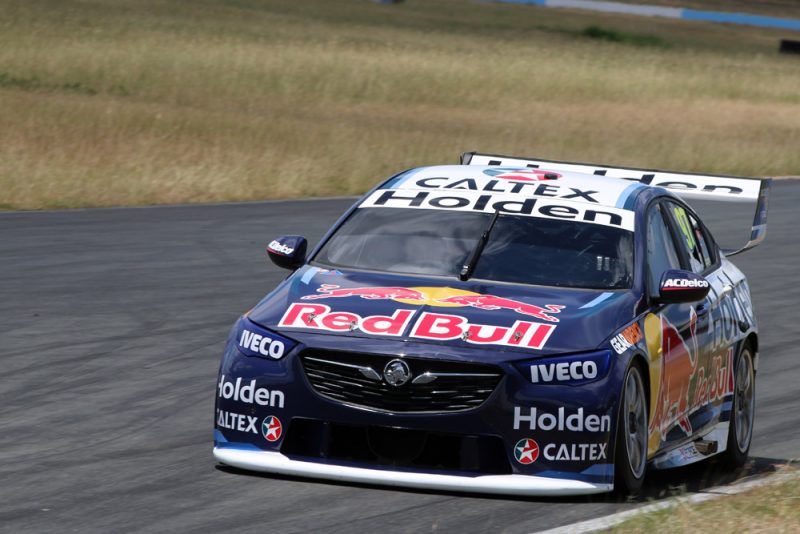 The Red Bull Holden Racing Team has used its Evaluation Day to bank an early test day with their new ZB Commodore at Queensland Raceway.

Super2 driver Kurt Kostecki and American sportscar racer Jordan Taylor both sampled the new car ahead of its official shakedown test on February 9.

Under the regulations, teams can perform an Evaluation Day with the approval of Supercars, provided the driver is not a primary driver at another team, has not been a primary driver in the previous three seasons, and has not competed in five or more Supercars events in the preceding year.

Having competed in the Dunlop Super2 Series last year and yet to make his main game debut as a listed primary driver, Kostecki fits that criteria while it was Taylor’s first taste of a Supercar.

Taylor was at the final race of the 2017 Virgin Australia Supercars Championship in an attempt to drum up opportunities for a potential endurance co-drive.

While both Shane van Gisbergen and Jamie Whincup have both had their co-drivers confirmed, Craig Lowndes’ co-driver is yet to be named.

Drivers who take part in an Evaluation Day are not eligible to then become co-drivers for the Pirtek Enduro Cup that season.

The duo were watched on by regular driver van Gisbergen, while Grant McPherson engineered the car, which was launched on Friday in Sydney.

Triple Eight’s official shakedown of the car takes place on February 9, ahead of the official pre-season test at Sydney Motorsport Park on February 16.

CLICK HERE to view a gallery of Taylor and Kostecki testing the Holden Commodore ZB at Queensland Raceway.