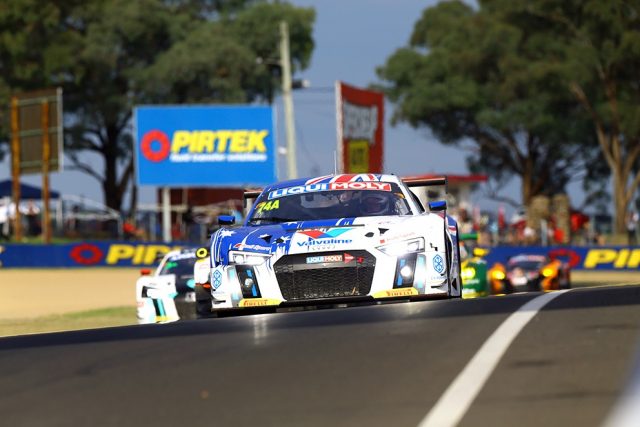 The final driver line-ups for the eight Audi R8 LMS entries for next month’s Liqui-Moly Bathurst 12 Hour have been named.

Its Pro entry will be steered by Robin Frijns/Stuart Leonard/Dries Vanthoor.

Supabarn Racing features familiar names in the form of Ash Walsh, Duvashen Padayachee, and the Koundouris brothers James and Theo, with all but the latter having driven for the team during last year’s Australian GT Championship.

The Hallmarc combination of Marc Cini/Dean Fiore/Lee Holdsworth represents a repeat of that which finished ninth outright and third in Pro/Am last year.

Ash Samadi and Daniel Gaunt will share with Dylan O’Keeffe this time around, with Matt Halliday moving from the ASR car to an all-Kiwi International Motorsport entry alongside Jonny Reid and Richard Bagnell.

Audi won the Bathurst 12 Hour outright in 2011 and 2012, while Gaunt/Halliday/Samadi were the German manufacturer’s highest-placed entry in 2017, finishing seventh outright and second in Pro/Am.

Next Story Longhurst unveils look for B12 Hr BMW GT4