Evers was a speedway racer, mechanic, crew chief, and team manager through almost four decades in the sport in Australia.

The Gold Coaster was probably best known as the competition head of the WPS Supercar and Team Australia Champ Car teams.

Prior to making a name for himself at WPS, Evers worked for 00 Motorsport and Anthony Tratt’s Toll-backed Supercars teams. 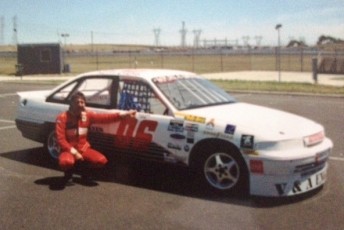 Keith Evers was a racer himself

Evers was diagnosed with AML in 2010 and had periods of remission before losing his battle to secondaries through the night, just days after his 54th birthday on January 12.

“My heart breaks to have to say Keith lost his fight early this evening,” posted Keith’s wife Kerrin online.

“Each day you strived to live,
Your body too weak to be.
Your love will live forever,
Since your heart has set you free.

“Memories we will hold in our hearts forever, and through our lives you will live.

“We love you Keith Evers R.I.P”

He worked with many Australian drivers and identities including Owen Kelly who paid tribute to him this morning.

“Keith fought a terrific fight and it was sad to get the news overnight,” said Kelly.

“I am sure I speak for everyone when I say that our love and thoughts are with Kerrin, Billy, and Macy (children) at this time.”

BAM Media and Speedcafe.com founder Brett ‘Crusher’ Murray was a friend of Evers and co-ordinated a successful fundraising event for Evers at Queensland Raceway in 2010 which was embraced by the motorsport community. 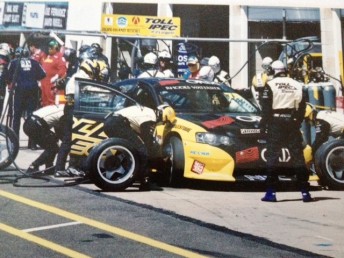 “Keith’s illness was a tough gig and he gave it a hell of a fight,” said Murray.

“I think the toughness that motorsport breeds in its people probably gave him a few more ‘bonus’ years with Kerrin and Billy and Macy.”

Being involved in motor sport for most of his life, Evers considered his time with WPS as his greatest achievement.

“Forming a team out of nothing, it was the biggest thing I’ve ever done,” said Evers in a Speedcafe.com interview in 2012.

“People don’t realise how tough it is starting a two-car team out of nothing and making it competitive, it was incredibly difficult.

“They were different years. They were incredibly difficult. “I’m still very good mates with Craig and he did nothing wrong by me, he had a massive amount of money and did incredibly well.

“He bought the B-Double transporters from 00 and said ‘let’s go racing’.

“Four weeks before Clipsal I had four or five guys and we looked at everything and thought ‘oh shit’.

“Everyone thought I was crazy, they didn’t think that the team would last five minutes.

“I thought I’d give it a go and it was a shock when I got there, but we got there. It was a steep learning curve, you had to laugh.”

Evers was quite humbled when the sport’s people initially rallied around him with the fundraising event weeks after his diagnosis. “I have been very humbled by the amount of well wishes I have received since word started to leak out about my condition,” said Evers at the time.

“The motorsport industry is a very charitable one, but I was taken back a little when I was presented with the idea of the Queensland Raceway event.

“My family and I are extremely grateful for the support of everyone.

“This will help us, not only financially, but emotionally through what is a pretty tough time.”

A funeral service will be held on Tuesday January 30 at 12.30pm (QLD time) at Somerville Chapel (129 Nerang-Broadbeach Road, Nerang, Queensland).