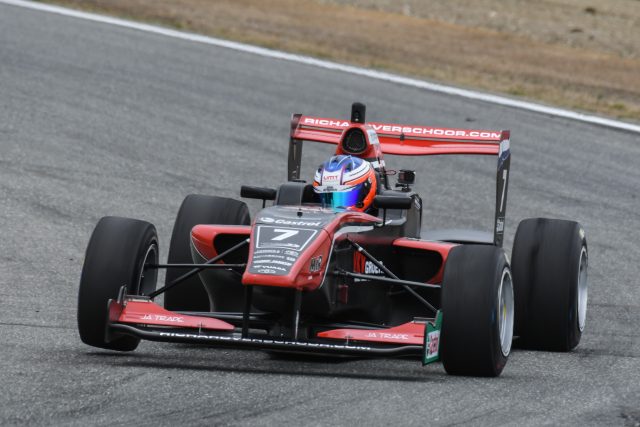 Richard Verschoor has taken an all-the-way win in Race 1 of Round 2 of the Castrol Toyota Racing Series at Teretonga Park in Invercargill.

Verschoor (Netherlands) got the better start from the front row and while the gap closed at times, including at the end of the 20-lap encounter, the M2 Competition driver appeared to be managing his margin all the way.

Robert Shwartzman (Russia) and Marcus Armstrong (Christchurch) ran second and third for the duration in what was a somewhat processional race.

He was the only front-runner to face a serious contest for his position when James Pull (Great Britain) mounted an attack in the early stages, twice attempting to go around the outside at the Loop (Turn 1).

Pull faded thereafter but still rounded out the top five.

Other New Zealanders in the top 10 were home town driver Brendon Leitch in seventh and Reid Harker (Auckland) in eighth.

A further two races follow tomorrow, including the Spirit of a Nation Cup.