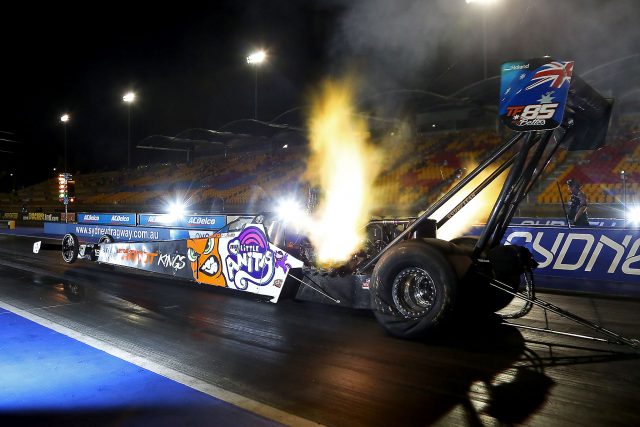 Bettes made the fastest pass of the night during her first run, a 3.87s effort at over 494km/h.

John Zappia topped Pro Slammer with a 5.65s at 408km/h, while Top Bike pace was set by Chris Matheson’s very early shutoff 6.45s, and Pro Alcohol by Wayne Price with a 5.79s.

Santo’s Summer Thunder, Round 4 of the 400 Thunder series, wraps up tonight.