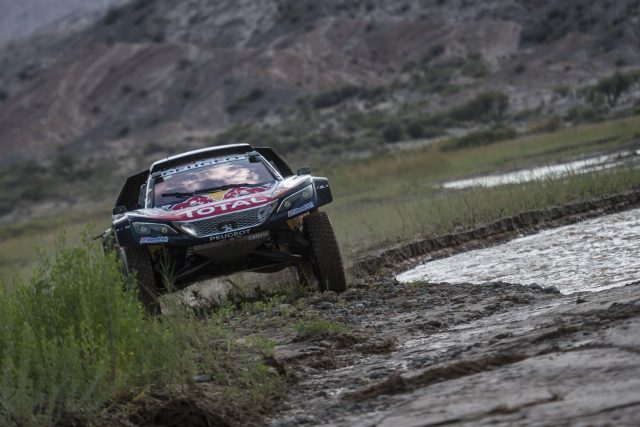 Carlos Sainz lost time on Stage 12 of the Dakar Rally but still holds a significant lead with two stages remaining.

Sainz (Team Peugeot, Spanish) was 18:07s slower than Al-Attiyah over the course of the 523km of competitive distance from Fiambalá/Chilecito to San Juan, but still has nearly three-quarters of an hour over team-mate Peterhansel in the general classification.

With the ultimate finish line in sight, Sainz was content with the result despite losing time with a gearbox problem.

“We had a difficult stage again,” he said.

“We had a puncture and then we had some gearbox problems, but everything is fine (because) we’ve finished the stage which is the important thing.

“We were stuck in third gear at the end of the stage so we stayed in third (gear).

Al-Attiyah and Peterhansel traded top spot through the final handful of waypoints before the Qatari prevailed for his third stage win.

Peterhansel had taken over the lead from another factory Hilux driver in the form of Bernhard Ten Brinke (Toyota Gazoo, Dutch), who was fastest to the untimed section midway through.

There was no action for Bikes with their stage cancelled due to concerns over the weather.

For Cars, there are 489km of competitive running left, with 369km in Stage 13 tonight (AEDT) from San Juan to Córdoba.