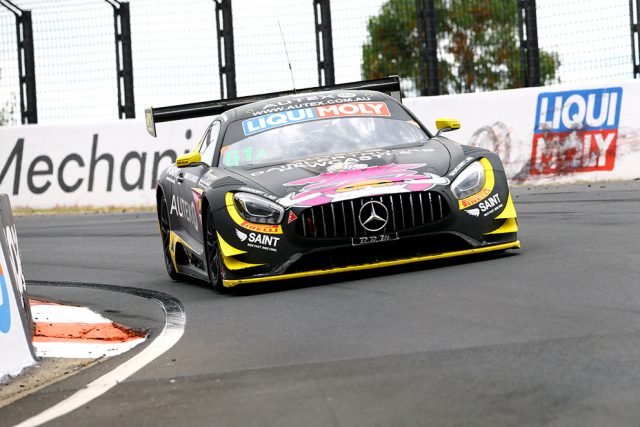 David Reynolds is set to drive a Mercedes-AMG GT3

David Reynolds will return to the Liqui-Moly Bathurst 12 Hour to drive Mark Griffith’s Mercedes-AMG GT for the second year running.

“It’s probably one of the best races you go to for the year as a driver,” declared Reynolds.

“It’s very relaxed, the cars are quite cool to drive, even though they’re nothing like what we normally drive in Supercars. It’s a lot of fun.

“And we’ve got a good chance to win our class and hopefully even challenge for outright; it’s going to be hard because we’re Pro-Am, but it’s still possible.

“All of the long-distance races you do during the year, they’re always a lot more fun. They’re super intense, but they’re also kind of relaxed at the same time.

“It doesn’t have the whole pressure of Supercars and whatnot. It’s cool.

“It’s always a good feeling when you know you’ve won at a track before. It is the best racetrack in Australia; any chance you get to drive it, it doesn’t matter if you’re in a taxi or an Uber, you love it.”

Griffith, who owns the Daimler Trucks/Hog’s Breath/Griffith Corp Mercedes-AMG, drove with Reynolds last year, when contact damaged the radiator and took them out of contention for a strong result.

“We had a great car with Dave last year; unfortunately we had a few little incidents which caused us to eventually retire,” said Griffith.

“This year if we can have the same kind of performance and I can stay on the same lap as the leaders then the other guys can fight to the end.

“We’re going there to do well in the Pro/Am class and in the end, that’s all we can ask.

“We’re not going there trying to be exciting but Bathurst is Bathurst and who knows what can happen?”

Talbot and Martin enter the race as reigning Class A Am champions after a fourth position outright finish in a Walkinshaw-run Porsche in 2017.

They also combined to finish third in last year’s Australian Endurance Championship in the same car.