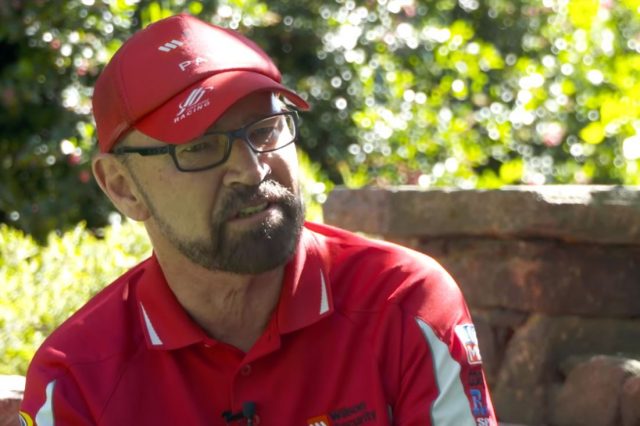 Australian racing icon John Bowe has reflected on his struggle with depression in the latest episode of Up Front With Foges.

Speaking candidly about his career with Speedcafe.com’s Mark Fogarty, Bowe admitted to battling through the final year of his Supercars career in 2007.

“It all started to manifest itself during the season,” Bowe tells Fogarty.

“I agreed to drive with Paul Cruickshank, who was my mechanic at DJR in the Sierra days, and I thought it was a nice fitting end to being a V8 driver.”

During the year, the combination of his pending retirement and a lack of results began to eat away at Bowe, leaving the Tasmanian to describe it as the worst year of his life.

“When you’re not going great in the results you start to think it’s yourself, which in some cases it may have been,” he admits.

“I had to go to the races and pretend that I was okay; I was waving to the crowd and signing autographs and I was far from (okay). It was awful.”

An advance inductee into the Australian Motor Sport Hall of Fame presented by Speedcafe.com, Bowe admitted that it was only at the end of the year that he found help, fearful that treatment earlier could curtail his career.

“I didn’t seek any help through the season because I was always thinking that, firstly, it was a bad sign that a tough racing driver was admitting to mental illness, and also I didn’t think that I could take medication and still drive,” he reveals.

“Anyway, I sought help, I went to a psychiatrist. It’s a long story but I slowly got better.”

The public admission that he struggled with mental illness has seen fans begin to open up to the two-time Bathurst winner, while Bowe admits to have researched the topic to better understand his own fight.

“I have people come up to me all the time, at every race meeting, and talk about mental illness.

“When you’re in it, and you’re living it, it’s terrible, so luckily I’m away from it.”

Watch the second part of Mark Fogarty’s interview with John Bowe in the latest instalment of Up Front With Foges.