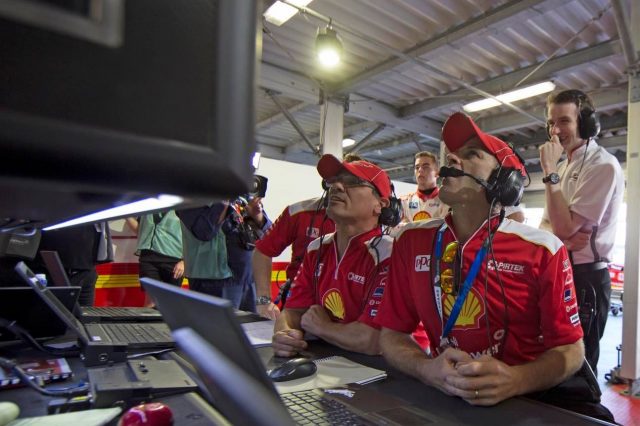 Keed, who moved with Coulthard from Brad Jones Racing to DJRTP at the end of 2015, is believed to be on ‘gardening leave’ as a result of the split.

A team spokesperson told Speedcafe.com that it was “working through the engineering structure for the pending season” when asked about Keed’s suspected departure.

Neither Keed nor Coulthard would comment on the matter as per team media protocol.

Ex-Nissan Motorsport engineering director Perry Kapper, whose replacement Nick Ollila was announced this morning, has been linked to the team though what his exact role would be is unknown.

Keed joined BJR for the start of the 2010 season and switched roles with Andrew Edwards in early-2012 to engineer Coulthard.

The New Zealander finished 12th in the championship in their first year at the Stapylton team, three positions ahead of then-team-mate Scott Pye.

Ludo Lacroix was hired at the end of 2016 to fill the role of competition director before being assigned to also serve as race engineer for Scott McLaughlin.

The former Triple Eight man’s arrival coincided with the Shell V-Power Falcons becoming a genuine force in the Supercars Championship, but it is believed that the relationship between Keed and Lacroix deteriorated through the season.

While McLaughlin dominated qualifying with 16 out of the 26 Armor All Pole Positions, Coulthard’s one pole contributed to an average qualifying position of 6.58.

However, Coulthard’s consistency meant that he was never outside the top three in the championship at any stage of the season.

He topped the standings at the end of each of the eight races spanning the Saturday at Phillip Island (Race 5) to the Sunday at Hidden Valley (Race 12), and again with a podium at the Supercheap Auto Bathurst 1000 when McLaughlin’s car’s engine failed and Jamie Whincup salvaged 20th position after mechanical dramas of his own.

Coulthard’s second stint in the lead lasted until the Sunday race on the Gold Coast, and he dropped to his ultimate championship position of third with his rollover a race later at Pukekohe.

Keed had been public in stating that an opportunity to eventually be introduced to North American racing through the Penske organisation had been one motivation for moving to the joint venture outfit.

His wife Amy is from Canada and they have three young children.

Keed has previously worked overseas at the Prodrive-run Subaru World Rally Team, rising to the position of senior engineer before returning home in 2003.

He landed in Supercars at Team Brock before tenures at Ford Performance Racing and BJR, helping Jason Bright to the latter’s first championship race win at Barbagallo in 2011.

Keed and Coulthard shared five wins and six poles in championship races at the Albury squad prior to their respective moves to DJRTP.

There is no indication of whether he will remain in the category or take up a position at another team at this stage.