Madsen favourite ahead of big week of sprintcars

Madsen favourite ahead of big week of sprintcars 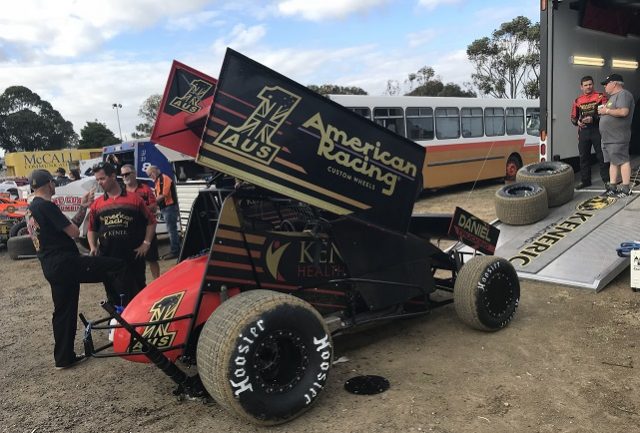 Madsen, the reigning national champion, will start as the man to catch at tonight’s President’s Cup, tomorrow’s King’s Challenge in Mount Gambier, and this weekend’s 46th running of the Grand Annual Sprintcar Classic at Warrnambool’s Premier Speedway.

The 46-year-old veteran is fresh from claiming the Speedweek title in the World Series Sprintcars, and dominating both nights of last weekend’s Scott Darley Challenge in Sydney.

The field swells to 55 for tomorrow night at Mount Gambier for the King’s Challenge, which takes on added significance a week out from the Australian Sprintcar Championships at Borderline Speedway.

A blockbuster field of 111 cars will then contest the three-night Warrnambool Classic, which begins on Friday night.

“We love the fact that the Classic is more than just a race; it’s an event, like the Knoxville Nationals.

“With the form he’s in, Kerry has to be the favourite for a fourth Classic title.”

Speedcafe.com will have full results from each of the next five nights of racing.