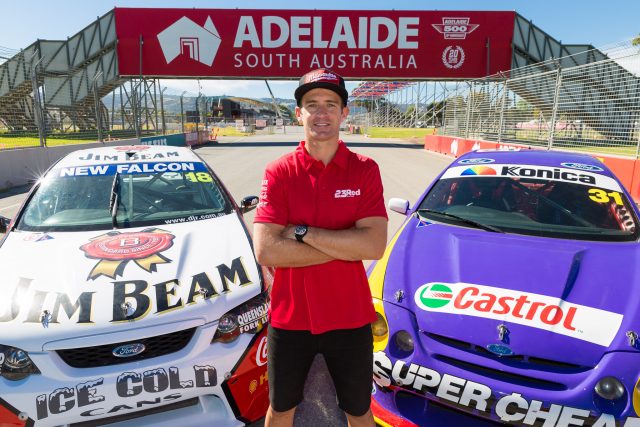 The Adelaide 500 will mark its 20th edition with a collection of 20 Supercars representing every year of the event so far.

A car from each year of the Supercars Hall of Fame event will be on display in a dedicated marquee during the 2018 running, as well as performing parade laps on the Friday, Saturday, and Sunday.

“The passion of Supercars fans in Adelaide is unparalleled and we are very excited to bring them a rare collection of race cars to celebrate 20 years of a successful and iconic event,” said Adelaide 500 General Manager Nathan Cayzer.

“The exhibition is a tribute to our history. It is the first time these cars have ever been assembled and it will no doubt become a must-see feature for all race-goers this March.”

Among the fleet will be the ex-Dick Johnson Racing Falcon driven by Glenn Seton in Westpoint colours in the 2005 Adelaide 500 and for the following three seasons by Will Davison.

“The Adelaide 500 has been an integral part of the Supercars Championship and my career for many years,” said the 2012 Adelaide 500 race winner.

“It’s an incredible circuit and has seen some dramatic races over the years.

“Bringing this collection of cars together is an excellent way to celebrate the 20th anniversary and I have no doubt that the fans will love it. I can’t wait to get involved.”

Adelaide 500 organisers have partnered with ‘V8 Sleuth’ Aaron Noonan to put the exhibition together.

The Adelaide 500 opens the 2018 Virgin Australia Supercars Championship on March 1-4.