Reynolds believes Erebus can be champions

Reynolds believes Erebus can be champions 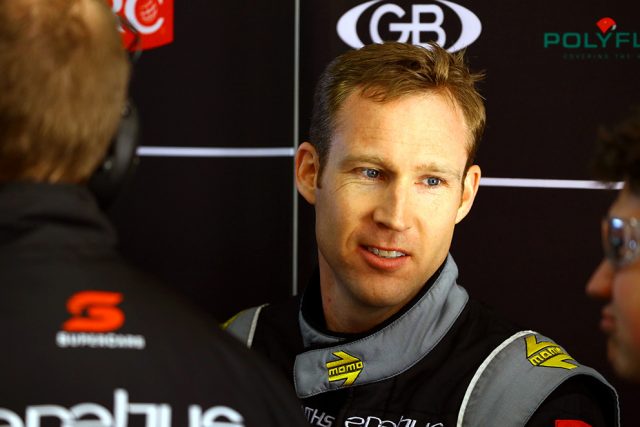 The Supercheap Auto Bathurst 1000 winner enjoyed a strong 2017 season, giving the team momentum and a more solid base on which to build for the season ahead.

While a match for the class leaders on their day, consistency is where the squad will focus their efforts in an attempt to eliminate what Reynolds describes as the team’s ‘slow’ days.

“Can we do it as a team? Absolutely I think we can.

“I think our car can be one of the fastest on the track, we just need to target some more consistency,” he added.

“If you win every race, you win the championship, but no-one wins every race.

“It’s always down to minimising the slow days and your DNFs.

“We had a few DNFs last year, I had a few mishaps on the track, crashed with other people and whatnot, which really detracted from our points total.

Erebus finished fifth in the teams’ championship in 2017, promoting them into the middle of pit lane for next season.

“I think we will be where DJR were last year,” Reynolds said of the team’s new position in the pit lane order.

“We were fifth in the teams’ championship, but when you add all the extra cars I think we’re about ten or twelve grid spots up from where we were last year, so we’re almost the middle of the row.”

The promotion in the pit lane order has a strategic knock on which has its own benefits, particularly in qualifying.

“Last year when we were trying to qualify we were always a lap behind people, we were kind of out of sync; we were worried about on the shorter tracks getting passed on the first lap and stuffing over those people trying to warm our tyres.”

Off track, Erebus has maintained consistency among its engineering staff, with Alistair McVean set to remain with Reynolds and Mirko De Rosa continuing on the team’s second car, which will be driven by Anton De Pasquale this season.

A two-time race winner in the Super2 Series in 2017, Reynolds is looking forward to working with the 22-year-old.

“I think he’ll be good for the team,” said Reynolds.

“He’s a young, enthusiastic, fast, capable driver. He’s been doing (Super2) for a bit, so he should be on the money straight away.”

De Pasquale will receive a brand new chassis, in line with that the team built for Reynolds ahead of last year’s championship, with both cars set to run in ZB configuration.

The progress made by the team last season, and the strides currently being made, have left Reynolds full of optimism ahead of the new campaign.

“We’re 10 times better than we were this time last year,” Reynolds asserted.

“This time last year we didn’t even have the chassis.

“We got it on February the first or second I think, so we literally worked 1000 hours trying to put it together in two weeks.

“It was crazy, but we’re way ahead of where we were last year.”

De Pasqualae’s new car is set for a shakedown test on January 29 ahead of the official Supercars test at Sydney Motorsport Park on February 16.