Motorsport fans still have to wait until March for the new seasons of Supercars, Formula 1, and IndyCar, so what are you watching over summer?

The weekend just passed was the busiest to date, with Dakar, New Zealand motorsport, Formula E, the 24 Hours of Dubai, and Asian Le Mans Series.

How do you get your fix in the off-season? Read through our suggestions and let us know your answer in this week’s Pirtek Poll. The annual rally raid that is Dakar subjects competitors to a gruelling challenge through South America spanning over 4000km of timed stages and a total journey of around 9000km (depending on the division).

For Australians, interest is enhanced by having three riders in the Bikes division including 2016 Dakar winner Toby Price. New Zealand’s BNT V8s series is the closest comparison to the Virgin Australia Supercars Championship, and a six-round calendar spanning November to March means that it mostly fits into the larger category’s off-season.

While the fields are small, races are rarely short on action, as the weekend’s events at Ruapuna Park showed. 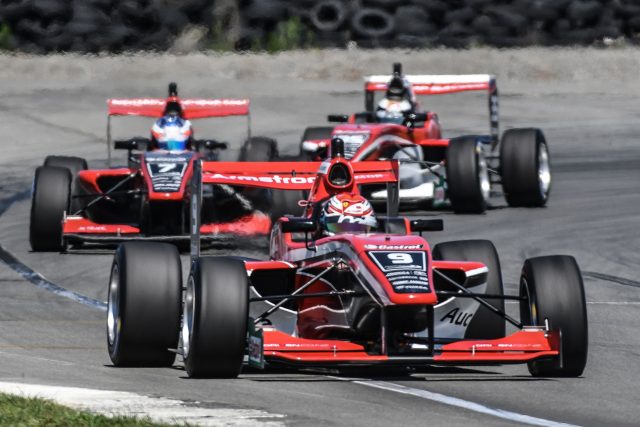 The Toyota Racing Series provides a glimpse into the Formula 1 future in our own region, with aspiring open-wheeler drivers from all over descending on New Zealand for a rapid-fire five-round series. The Asian Le Mans Series offer a pathway to the famous enduro at La Sarthe in a developing motorsport region. Summer is speedway time in Australia with World Series Sprintcars, Ultimate Sprintcar Championship, East Coast Logistics Sprintcars, and a host of other series and events.

Racing is fast and loose while American stars such as Donny Schatz venture to Australia to add to the competition. While not strictly a series to fill the Formula 1 off-season, Formula E is still the highest-profile formula car series for several months at this time of year.

The aural experience is obviously unique and the spectacle somewhat different, but the driving talent is of a relatively high calibre and the racing often no holds barred. Just last weekend, a field of over 90 cars arrived at the Dubai Autodrome to kick off the 24H Series.

Black Falcon won the race for the fourth time in its 13-year existence, seeing off other well credentialed GT teams such as WRT and Grasser.

Australians were well-represented in number and results, with Matt Campbell beating Nick Foster to a class win and Stephen Grove also bagging a class podium. Daytona is the clear jewel in the crown of sportscar racing in its part of the world, and its length and timing presents the opportunity for talent from other categories to compete.

Renewed interest in sportscar racing brought about by the introduction of the DPi specification has also been a boon for Daytona and the IMSA SportsCar Championship generally.

What is your favourite motorsport to watch over summer? Cast your vote in this week’s Pirtek Poll.