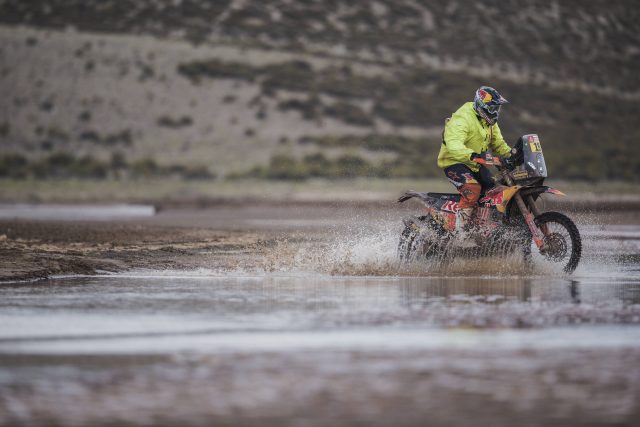 The Bikes division has tightened up with Adrien van Beveren’s lead cut and Toby Price making gains on Stage 8 of the 2018 Dakar Rally.

Meo led to the first six waypoints before Brabec took over at the front.

However, the Frenchman turned a 10-second deficit into a 1:08s victory on the run from Waypoint 10 to the finish for his second stage win of the event.

The result nearly halves Meo’s gap to the lead and sees Brabec march back into the top 10 in the general classification.

Price was second or third at every waypoint and gained nearly six minutes on the leader, moving up one position to fourth overall.

Margins were tight despite the length of the stage, with van Beveren (Yamaha Official, French) seventh-fastest on the day with a time 8:44s slower than Meo.

Kevin Benavides (Honda Team, Argentinean) moved towards reclaiming the overall lead with the fourth-fastest time of the day and now sits just 22 seconds behind van Beveren.

Xavier de Soultrait (Yamaha Official, French), who started the day in sixth position, has withdrawn from the rally after crashing and having to be evacuated.

He was later confirmed as having a double elbow fracture and sprained knee.

Joan Barreda Bort’s (Honda Team, Spanish) knee injury was not as bad as first thought, the Stage 7 winner cleared of fractures, and he finished the stage eighth-fastest. 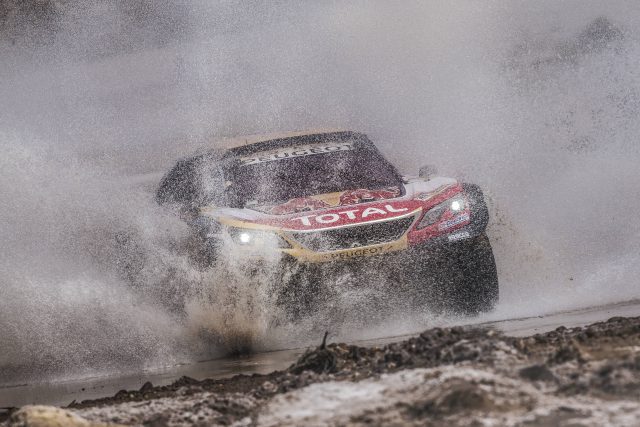 Carlos Sainz maintains an hour-plus lead in the Cars division as team-mate Stephane Peterhansel bounced back in some way from his shocking prior day with the win in Stage 8.

Sainz (Team Peugeot, Spanish) was only fifth on the 498km timed test but is still in control of the rally, with Al-Attiyah remaining his nearest rival.

Stage 9 has been cancelled due to heavy rain, meaning that the rally will resume on Tuesday (local time) in Argentina.

Stage 10 from Salta to Belén marks a return to sand, with 373km of special stage running and 424km of liaison.