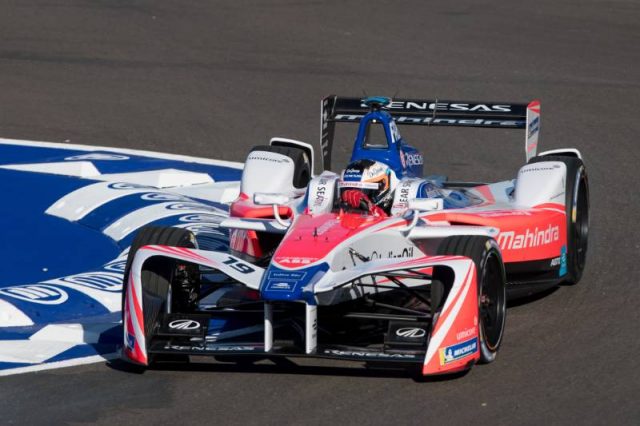 Felix Rosenqvist has taken his second win of the 2017/18 ABB FIA Formula E season thanks to a late-race move past Sebastien Buemi in Marrakesh.

Sam Bird managed to round out the podium despite a gearbox problem.

Buemi (Renault e.dams) qualified on pole on the Moroccan city’s streets and he and Bird (DS Virgin Racing) ran together early on.

However, 16 laps into the 33-lapper, Rosenqvist (Mahindra Racing) got by Bird for second position when the Brit briefly slowed up, giving Buemi something of a reprieve.

The Swiss driver’s lead of the race grew during the pit stops shortly after, peaking at nearly 1.8s before Rosenqvist began to pull some of the margin back.

On Lap 29, the Swede pulled off a textbook under brakes move to get down the inside of Buemi and take over the race lead.

Rosenqvist quickly gapped Buemi and drove on to his second victory of the season, having inherited the last one due to Daniel Abt’s disqualification.

Bird was nearly five seconds further behind in third position, losing the championship lead to Rosenqvist but only going four points behind.

Mitch Evans (Panasonic Jaguar) went the other way, from ninth when the lights went out to 11th at the chequered flag.

The New Zealander ran as high as fifth position on Lap 12, in part due to other incidents, but pitted earlier than most and was caught out by a full course yellow.

Race 4 of the season is the Santiago ePrix in Chile on Saturday February 3 (local time).