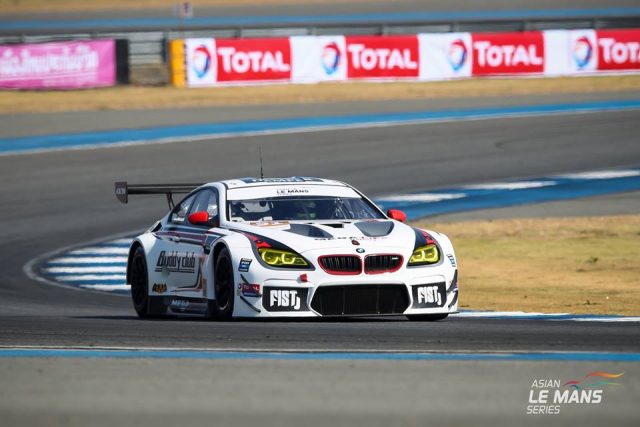 Chaz Mostert has taken a second class win in the Asian Le Mans Series while Tasmanian Josh Burdon celebrated LMP3 honours in the 6 Hours of Buriram.

Mostert and Finnish co-driver Jesse Krohn managed to pare back a deficit to the Tianshi Racing Team Audi entry which at one stage had blown out to 2:30s.

The GT class win for the FIST Team AAI Motorsports BMW M6 GT3 is the second of the season for Mostert, Krohn, and Chinese Taipei’s Jun San Chen and puts them back into a clear championship lead.

The Tickford Racing driver cannot, however, finish the season with the final round in Sepang clashing with the Liqui-Moly Bathurst 12 Hour.

FIST Team AAI’s Ferrari also led the class but ultimately laboured to 11th outright, another 25 laps down on the Tianshi car, after copping a hit from an LMP3.

The former qualified on pole and set a new lap record as that trio also notched up its second class win of the season.