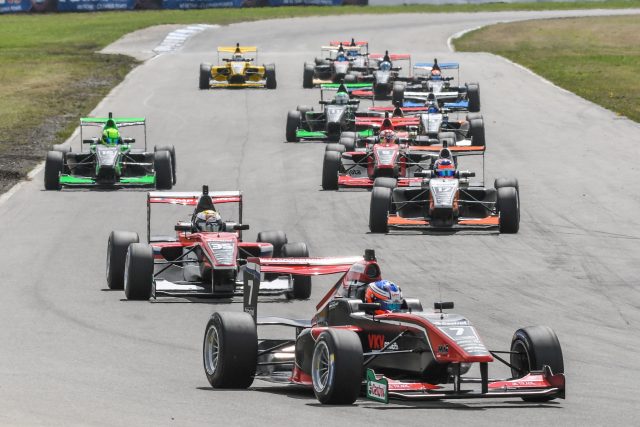 Richard Verschoor has won the opening race of the 2018 Castrol Toyota Racing Series at Mike Pero Motorsport Park in Christchurch.

Verschoor (Netherlands) got the jump from the outside of the front row and took a relatively comfortable win in the 15-lap journey around Ruapuna Park.

Robert Shwartzman (Russia) secured pole but made a tardy start and just hung on to second position, where he remained for the duration.

Christchurch native Marcus Armstrong made an M2 Competition one-two-three, fending off James Pull (Great Britain) early on before setting up Clement Novalak (Great Britain) for a move at the start of Lap 5.

Novalak ultimately finished more than five seconds adrift of Armstrong in fourth, with Pull a similar margin further back.

Having pressured for several laps, Cockerton stuck on the outside of car #44 through the first corner on Lap 14 and managed to pass when Ming then slid wide at Pothole corner.