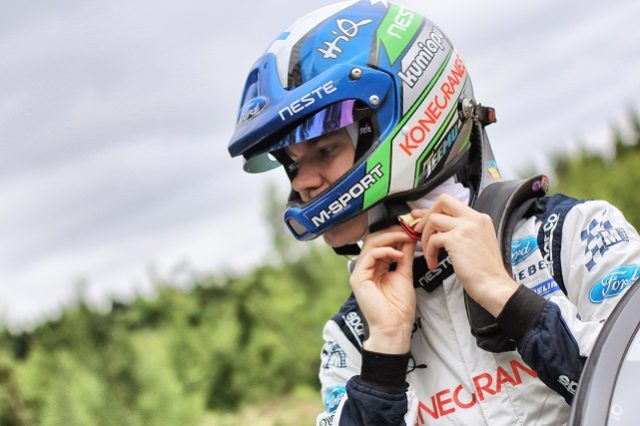 “We need to ensure that we make the most of this opportunity, and that is exactly what we plan to do,” said Suninen.

“I’m really looking forward to getting back behind the wheel of a top-specification world rally car and aim to learn as much as I can.”

“There is no doubting Teemu’s potential and I am sure that he will prove himself a very valuable member of our team this year,” commented Wilson.

“More than a few heads were turned when he got behind the wheel of the Ford Fiesta WRC for the first time last year.

“To secure a stage win on your debut outing (Poland) is one thing, but to be challenging for a podium on your second (Finland) is quite another.

“There is no denying that Teemu is a very talented young driver, and a future rally winner.

“With eight rallies this year he’ll get the vital experience needed to develop his career at this level and I would not be at all be surprised if we saw him challenging for a podium or two.”

M-Sport also named Monte-Carlo specialist Bryan Bouffier in its third Fiesta WRC for that rally and the Tour de Corse earlier this week.

Both would be able to be registered to score manufacturers’ championship points for the team in their respective outings.

Monte-Carlo kicks off the season in a fortnight’s time (January 25-28).