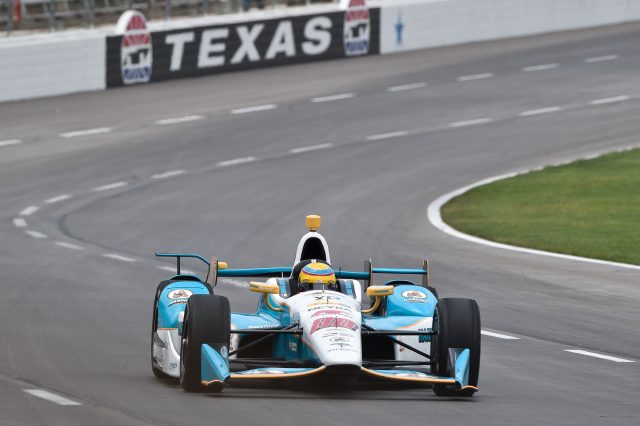 Harding Racing has announced that it will run the full Verizon IndyCar Series in 2018 with driver Gabby Chaves.

The team, owned by concrete magnate Mike Harding, made its IndyCar debut in last year’s Indianapolis 500.

Chaves finished ninth at the Brickyard, then fifth in Texas and 15th at Pocono in its other two races.

The 24-year-old Colombian has raced part-time for the past two years after debuting in 2015 with Bryan Herta Autosport.

Barnhart has since been replaced by former IMSA race director Kyle Novak.

Aside from Indianapolis 500 cameos, part-time entries have also been confirmed for Rene Binder and Kyle Kaiser at Juncos Racing, Jack Harvey at Michael Shank Racing, and Helio Castroneves will also run in a fourth Penske car on the Indianapolis road course.

First official on-track action is a test at Phoenix on February 9-10, with Round 1 in St Petersburg on March 9-11.