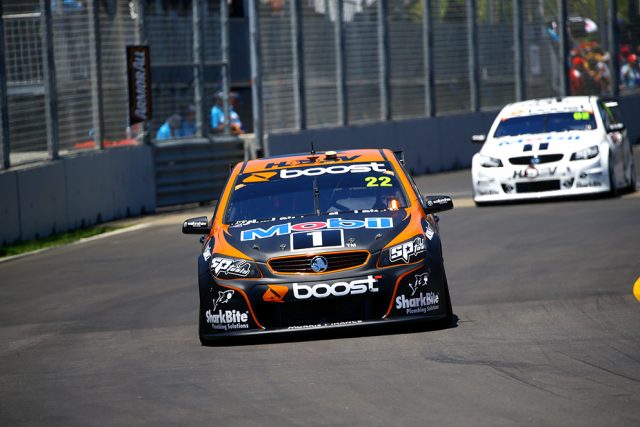 Walkinshaw Andretti United is looking to build on a challenging 2017 season as it begins converting two of its Holden Commodores to ZB configuration for the year ahead.

Officially, the partnership between Walkinshaw Racing, Andretti Autsport, and United Autosports, came into being on January 1, though the trio of companies have been working together since the collaboration was announced at Bathurst in October.

“We’ve had some regular contact with them, when required, whether it be specific projects or regular catch-ups,” team boss Mathew Nilsson told Speedcafe.com.

“January 1 was the official start date for the new entity, but fundamentally the actual operation of the race team itself is obviously influenced predominantly by the Walkinshaw methodology, and will continue on that, but at times bring in some Andretti or United Autosports influence to it.

“The actual day to day running, and the actual business, is continuing as it had, and we’ll make changes as we go along.”

Despite the ‘business as usual’ approach, Nilsson admits internally there is an air of optimism after a tough 2017, which netted just two podiums.

“Ever since the announcement everyone’s been pretty positive and excited about the opportunities that are going to present themselves.

“At the end of last year we launched the logo and that’s been exciting for us, so I think certainly within the business and the staff themselves, there’s good excitement about the potential and opportunity that exists moving forward.”

As the team returned to work this week, its primary focus has been on preparing two of its three VF Commodores for conversion into latest-spec ZB, a process which is expected to take a number of weeks to complete.

The team’s spare car will initially remain as a VF Commodore, though the squad plans to upgrade that to a ZB early in the coming season.

It’s a task that awaits every Holden team in the Supercars field, with Triple Eight the exclusive supplier of the new kit.

Brad Jones Racing is understood to have received its kit earlier this week, though Walkinshaw Andretti United is yet to take its delivery.

“We’re still working through that process. Obviously Triple Eight’s supplying the information required for that.

“It’s a fairly big change in the way the car’s put together, and being the road car its based on it requires a fair bit of change in the back.”

While unwilling to make broad predictions for the year ahead, Nilsson concedes having both cars regularly in the top ten is a priority.

“Generally qualifying was the weakness where we kept putting ourselves and our drivers in a position where it made life difficult in the races to move forward,” said Nilsson.

“Scott certainly showed some good signs and managed to get some good results there, but I think both cars needed better results.

“It will take some time but everyone’s focused on that path,” Nilsson continued.

“Of course everyone wants to be winning races but you’ve got to be realistic through this process, and we’ll keep our heads down and keep setting goals along the way and it’s a case of adapting goals.

“It’s certainly an interesting year ahead and one that we want to keep moving forward on from what we had from last year, and keep looking for regular top tens and then obviously as high up as we can.”

The 2018 Virgin Australia Supercars Championship gets underway at the Adelaide 500 on March 1-4, following the pre-season test at Sydney Motorsport Park on February 16.