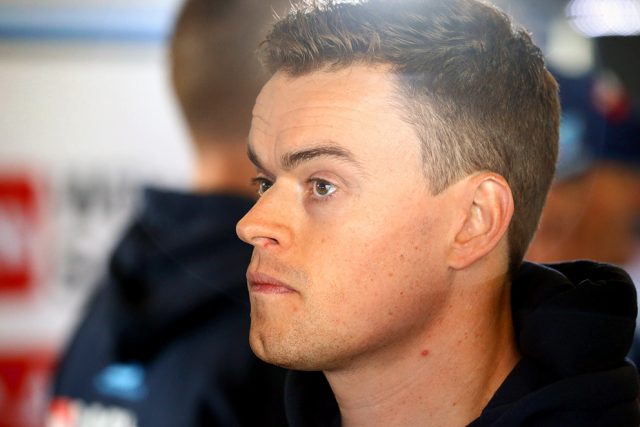 The one-time race winner for Nissan spent the last two years driving for Garry Rogers Motorsport before losing the seat to James Golding for the coming season.

It left the 33-year-old without a permanent drive, and high on Tickford Racing’s co-driver wishlist.

“Obviously I think it’s a great opportunity to join up with everybody at Tickford Racing, and is something I’m really looking forward to,” said Moffat.

“My main focus, once it became clear to me that I wasn’t going to be able to remain full-time in the championship, was to secure a co-drive that I thought put me in as good a position possible to win some of the biggest races of the year.

“It’s exciting to join what is already a pretty strong group, and I’m just really looking forward to working with everybody on the team and hopefully achieving some great results.”

“James was at the top of the list in our co-driver search, so bringing him aboard is a big tick for us,” added team principal Tim Edwards.

“You always want a co-driver who has the right blend of pace and maturity to be quick and consistent, and we believe we’ve got that in James.

“He’s had plenty of experience in these cars since debuting with us all those years ago, and should make a great addition as we go after another Enduro Cup and try to get back atop the podium at Bathurst.”

A veteran of more than 200 Supercars race starts, Moffat made his debut with the team, then known as Ford Performance Racing, alongside Steve Richards at Phillip Island and Bathurst in 2010.

During his seven year stint as a series regular, he recorded a victory at Winton in 2013, and finished second to Chaz Mostert and Paul Morris at Bathurst in 2014.

The team did not confirm which of its four cars Moffat will drive, nor has it yet announced its other co-driver.

Dean Canto and Steve Owen, who have partnered Mark Winterbottom and Mostert respectively in recent years, remain at Tickford having signed two-year deals ahead of the 2017 Pirtek Enduro Cup.

Richie Stanaway moves from Cameron Waters’ co-driver role into his own car while Jason Bright, who was partnered by Garry Jacobson last year, has left the team.