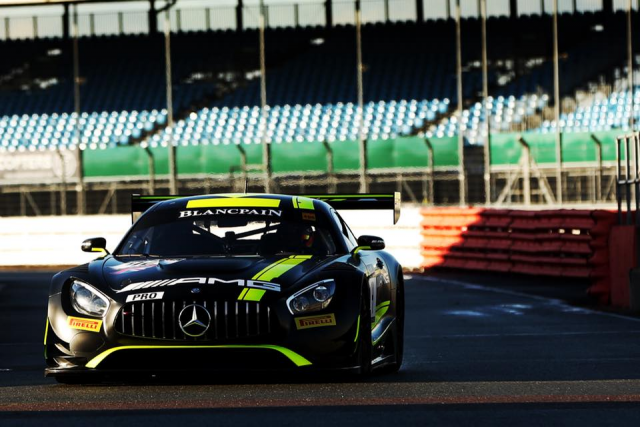 The second Strakka Racing Mercedes-AMG GT3 has had its drivers confirmed ahead of next month’s Liqui-Moly Bathurst 12 Hour.

Mercedes-AMG factory drivers Maximilian Buhk and Maximilian Götz will be joined by 2016 race winner Alvaro Parente, who moves from McLaren.

Parente competed with Strakka Racing prior to its switch to Mercedes-AMGs, and has elected to remain with the team.

“I am excited for another challenge this year and I’m happy to be back with Strakka debuting in their new Mercedes-AMG GT3,” said Parente.

“Bathurst is a great race track and I have collected some great results there over the past two years.

“I am more than ready to go back this year and fight for the win.”

Buhk also has experience of Mount Panorama, having driven the HTP Motorsport Mercedes-Benz SLS AMG GT3 to second in 2014.

Completing the driving lineup is Götz, who has not visited Mount Panorama before but has won the 24 Hours of Spa, co-driving with Buhk, and claimed the 2014 Blancpain Sprint Series.

Having campaigned four cars in last year’s Blancpain Series, Strakka Racing has switched to Mercedes-AMG for 2018.

The British squad has been testing in Spain, and at Silverstone, in the lead up to the Bathurst 12 Hour.

“We have been doing a lot of preparation with the drivers in the simulator over recent weeks to ensure that we are one step ahead”, says racing director Jay Davenport.

“We’ve made great progress for the upcoming event at Bathurst and are determined to give it all we’ve got.”

Piloting the team’s other car, entered in the Pro-Am class, will be Cam Waters, Lewis Williamson, David Fumanelli, and team principal Nick Leventis.