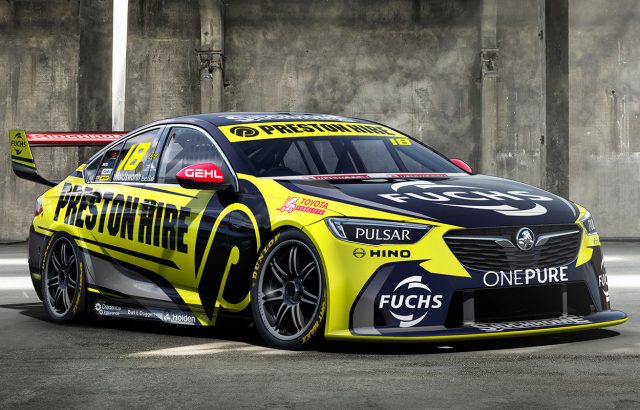 Team 18 has revealed the livery which will adorn its ZB Commodore in this year’s Virgin Australia Supercars Championship.

Preston Hire backs the Charlie Schwerkolt-owned team on a full-time basis for the third straight season with a livery which is an evolution of previous looks.

The main change to the appearance of Lee Holdsworth’s race car is the conversion from VF bodywork to ZB.

“(I’m) Extremely excited to take the wraps off our new ZB Commodore, I think it looks absolutely fantastic,” said Schwerkolt.

“But I’m even more excited to have every partner returning for the 2018 season plus a couple of new ones.

“I am also very proud to have Preston Hire return as naming rights partner being their third year in a row.

“2018 brings a lot of continuity with my team with Lee Holdsworth and building on a solid foundation with my fantastic staff.

“Preston Hire is really excited for the year ahead,” he said.

“Our ongoing partnership with Charlie, Lee and the entire Preston Hire Racing team demonstrates the consistent and loyal culture of our team and our desire for a year of performance and stability.

“I’m extremely pleased that Preston Hire Racing will hit the track in 2018 with the new ZB Holden combined with the ongoing development and testing the team has been doing of late.

“I’m confident we will see some yellow dominance on track this year!”

Holdsworth and Team 18 enjoyed their best result together in Newcastle when the 34-year-old finished fourth in the penultimate race of the season.

He will have a new engineer this year, with Stuart McDonald promoted from the role of data engineer to replace Chris Stuckey, who has moved to Nissan Motorsport to engineer Simona de Silvestro.

The 2018 season officially gets underway with a test day at Sydney Motorsport Park on February 16 before the Adelaide 500 on March 1-4. 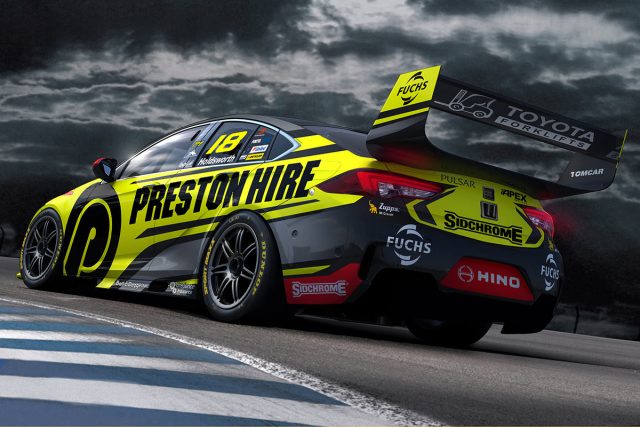