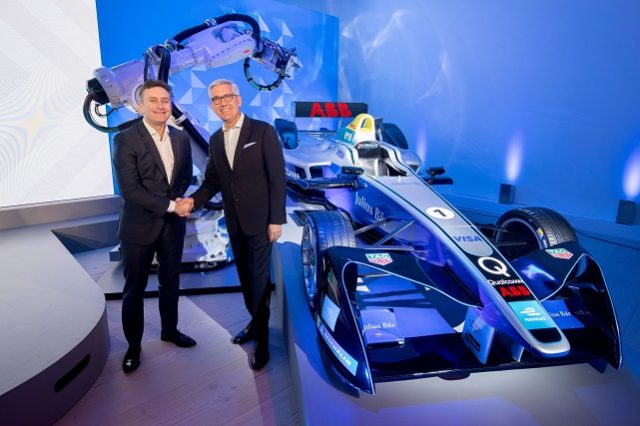 The multi-year deal comes early in the championship’s fourth season and will see it officially known as the ABB FIA Formula E Championship.

According to Formula E, the naming rights sponsorship is the first of its kind for an FIA single-seater championship.

“This is a historic day for Formula E and I’m honoured to welcome ABB as the title partner of the series, with its background and expertise in the field of electrification and digital technologies,” said Formula E CEO Alejandro Agag.

“Together, as partners, we will showcase break-through technology on a global scale to fans and consumers who follow the ABB FIA Formula E Championship.”