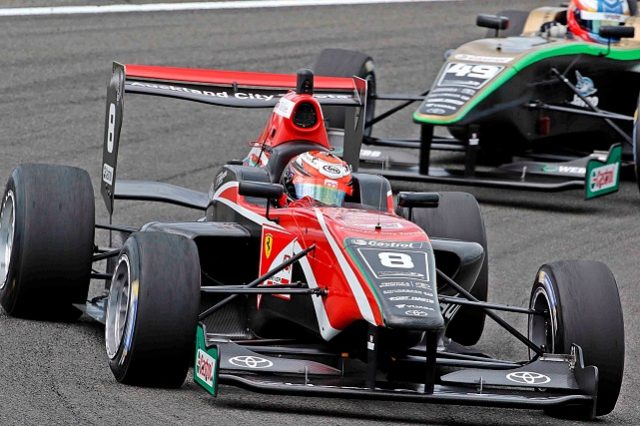 A field of 13 cars is set to take the Ruapuna Park this weekend for the opening round of the 2018 Toyota Racing Series.

Marcus Armstrong, who last year won the Italian Formula 4 Championship and finished runner-up in Germany’s version, will be among the favourites.

The member of the Ferrari Driver Academy, who gets to kick of his racing year in his native Christchurch, will use TRS as preparation for his step into the European Formula 3 Championship with the Prema Powerteam.

Brendon Leitch and Taylor Cockerton, the latter of whom had been pencilled in to serve as a mechanic for MTEC Motorsport until a last-minute funding injection from the Kiwi Driver Fund, are also among the local favourites.

Russian Schwartzman won six races on his way to finishing third in the 2017 Formula Renault Eurocup while Briton Pull was runner-up in British Formula 3.

Armstrong set the pace in a wet day of testing today at Ruapuna Park.

This weekend’s race meeting, which also features BNT V8s, sees practice on Friday, qualifying and Race 1 on Saturday, and two races on Sunday including the Lady Wigram Trophy.

Additional entries are expected when the five-round series concludes with the New Zealand Grand Prix meeting at Manfeild on February 9-11.