Bowe to be inducted to Australian Motor Sport Hall of Fame

Bowe to be inducted to Australian Motor Sport Hall of Fame 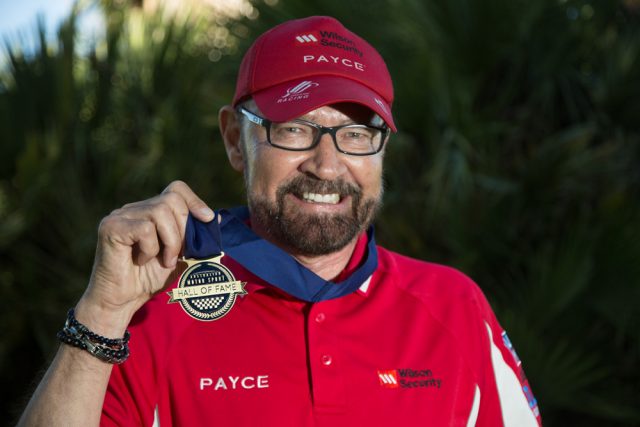 John Bowe will be inducted into the Australian Motor Sport Hall of Fame presented by Speedcafe.com at a gala dinner in Melbourne in March.

A two-time Bathurst 1000 winner, and Australian Touring Car Champion, Bowe was announced as an advance inductee ahead of the awards ceremony, held over the Australian Formula 1 Grand Prix weekend.

“To be honest, I am slightly overwhelmed,” said Bowe.

“When you are 35 (years old) awards mean nothing, but to be recognised by the industry and your peers at this stage of my career is really very humbling.”

“John Bowe has been one of the real achievers in Australian motorsport and his passion is obvious when you consider that he is still racing and winning on race tracks around the country,” said Garry Connelly, Hall of Fame chairman.

“Not only has JB always been fast, but his ability to adapt to such a vast array of machinery has been one of his great skills.

“A terrific professional, John was an obvious choice for this year’s list of inductees alongside Mark Webber.

“We look forward to announcing the final 18 inductees for 2018 at our March 23 dinner presented by Speedcafe.com.”

The Tasmanian cut his teeth racing a Formula Vee, winning the state title in 1971.

He then rose to prominence in the mainland, moving into the Australian Drivers’ Championship in 1978 and winning a brace of Gold Stars in the mid-1980s.

Briefly venturing to Europe at the suggestion of then Tyrrell Formula 1 driver Didier Pironi, Bowe instead opted to ply his trade in Australia.

He made his Australian Touring Car Championship debut in 1985 thanks to Mark Petch, racing a Volvo 240T Turbo alongside Robbie Francevic at Bathurst and Sandown.

He remained there for the following season before Volvo’s withdrawal saw him as an endurance co-driver with Gibson Motorsport, where he claimed his first Australian Touring Car Championship win.

Johnson and Bowe won Bathurst in 1989, a feat they repeated in 1994 after Bowe fended off a late challenge from Craig Lowndes.

Bowe remained in the top flight of touring car competition until the end of 2007 before joining the Touring Car Masters field.

The prolific Tasmanian has also enjoyed outings in GT machinery, twice winning the Bathurst 12 Hour, in a career that has spanned well over 1,000 race starts.

“It has certainly been a great journey since I started racing a Formula Vee at Baskerville in Tasmania at the age of 15,” Bowe said.

“I was proud to be included in the Supercars Hall of Fame, but to be recognised alongside the greatest this country has produced across all facets of the sport in the Australian Motor Sport Hall of Fame is something else.

“I have turned plenty of laps since those Baskerville days, but I still have a desire to be out there racing and being as competitive as possible.

“I am honoured to be included in this year’s list of inductees along with Mark Webber and I look forward to seeing the remaining 18 recipients awarded on the night, which really has become one of the highlights on the Australian motorsport calendar.”

Bowe will accept his award on stage at the Melbourne Convention and Exhibition Centre on March 23, where Mark Webber and 18 others from across the spectrum of motorsport will have their achievements recognised.

A strictly limited number of General Admission tickets for the Australian Motor Sport Hall of Fame Induction Gala presented by Speedcafe.com are now on sale at https://camsshop.myshopify.com/collections/tickets  for $295 each (inc gst).