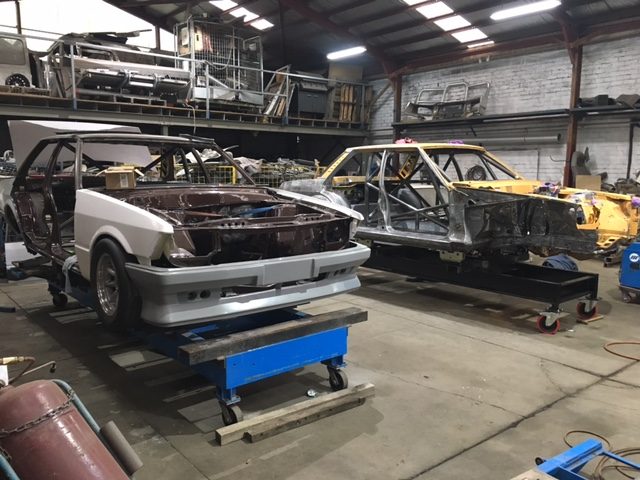 Marcus Zukanovic expects to be on the grid at Adelaide’s season-opening Touring Car Masters round with the series’ first XD Falcon.

Zukanovic will be one of up to three drivers to race an XD in TCM this year with his team currently working on two cars.

Team Johnson is aiming for a mid-season introduction of its own XD after experiencing a delay in sourcing a suitable donor chassis for Steven Johnson to race.

Zukanovic, however, is confident his car (pictured) will be ready come Round 1 at the start of March.

“We’re definitely on track for Round 1, we are on schedule,” he advised Speedcafe.com. 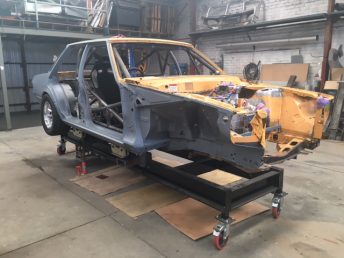 “We’re pencilled in for two cars but at this stage we’re concentrating on one and then hopefully the second one will come along a few more rounds into the year.

“We’re just finalising the roll cage now and doing a little bit of R&D and a few other things so it will be ready to go.”

The second car is set to be raced by an as yet unannounced associate of the Zukanovic family’s Action Racing team.

The project has even included a trip for he and father/team manager Mick to the United States to attend the PRI (Performance Racing Industry) Trade Show in Indianapolis in December to source parts for the build of the Falcons.

The XD is set to be added to the TCM eligible vehicle list this year, with Category Administrator Rowan Harman confident that CAMS approval is a formality.

Zukanovic’s move into TCM comes after competing in the final season of the V8 Ute Racing Series, a series which he won in 2006.

Round 1 of the 2018 Touring Car Masters supports the Virgin Australia Supercars Championship season-opening Adelaide 500 on March 1-4.