Holdsworth confident for 2018 after Newcastle gains

Holdsworth confident for 2018 after Newcastle gains 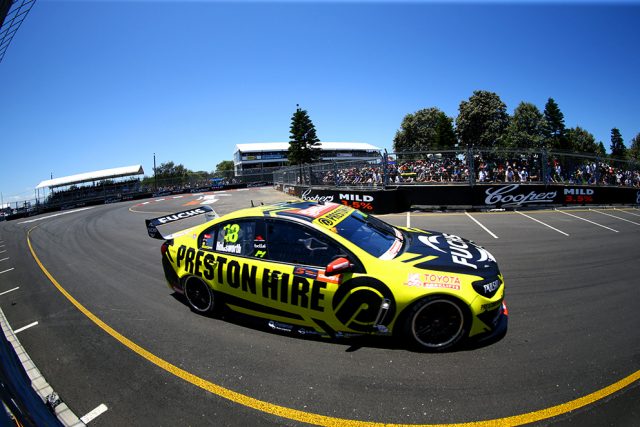 Lee Holdsworth believes that Preston Hire Racing’s upturn in form late last year is proof that he can trouble the top 10 on a regular basis in 2018.

Holdsworth collected the second-greatest points haul from the season-ending Coates Hire Newcastle 500 with finishes of fourth on the Saturday and eighth on the Sunday.

The results capped off a volatile run for the single-car Holden outfit, which recorded five of its eight top 10 finishes in the final eight races from Sandown to Newcastle but also three DNFs.

The Bathurst result, a second straight DNF in The Great Race due to an engine component failure, was particularly costly, dropping Holdsworth from 11th to 16th in the championship.

However, the 34-year-old believes that the yield from new developments which were debuted in Newcastle are a sign of things to come this year.

“We didn’t show qualifying pace at Newcastle but we’ve got a pretty good idea of why,” Holdsworth, who qualified 18th and 13th for the weekend’s two races, told Speedcafe.com.

“But then the race package was the best we’d ever had in the whole time that I’ve been in this team and that was due to some development.

“Hopefully that will continue on for 2018 where we just build and build on that and I have no doubt we’ll find the qualifying speed that we need.

“Having race pace, I think if we can start a bit further up we’ll certainly have a shot at fighting for podiums this year.”

Holdsworth says that the squad’s pursuit of its own technical path independent of Triple Eight Race Engineering, which built its Commodore and previously provided technical support, is integral to its drive to move up the grid.

“We’re doing our own thing and we’re working pretty hard at that because we just feel that’s the way we need to go if we want to beat other teams,” he commented.

“The customer thing worked really well for us in 2016, we got a little bit of help through ’17 as well, but now we need to make the next step.

“We feel that the way to go is do our own thing and try and make it better than anyone else, and I feel that we’re on the right path.

“There was the one round in Newcastle where we showcased some new parts and they certainly gave us a big gain, so I can’t wait to get this year started and hopefully start the year where we left off in Newcastle.”

Holdsworth linked with team owner Charlie Schwerkolt when Team 18 spent a single year as a customer of Walkinshaw Racing in 2015.

In his three seasons driving for Schwerkolt, the fourth placing in Newcastle represents his best race result and only second top five (the other coming in Race 6 at Phillip Island last April).

While not committing to any firm goals for the season ahead, Holdsworth nominated a first podium with the team as a realistic aim.

“I think that the first thing for us is that we need to gain that top 10 consistency, which we sort of found at the end of 2017,” he said.

“We need to start the year off like that and I think top 10 in the championship is certainly possible but we haven’t got a podium yet at Preston Hire Racing so there’ll be some milestones to tick off.

“Certainly the first one would be to get a podium and then we’ll take it from there.