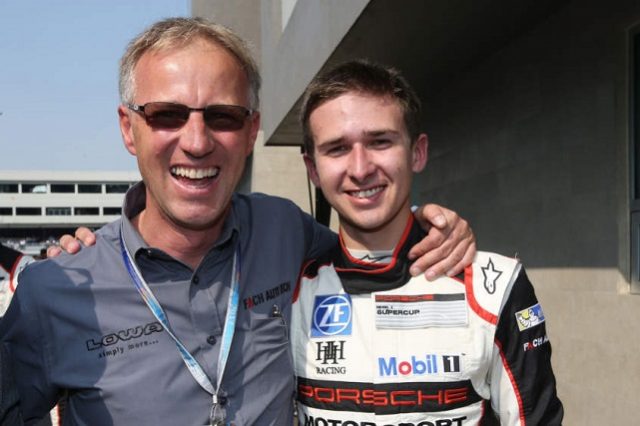 A total of six Australians headlined by Matt Campbell are set to contest this weekend’s 24 Hours of Dubai.

Campbell, Nick Foster, and Stephen Grove will race in separate Porsche 911 GT3 Cup cars, the former two in the 991-Pro class and the latter in 991-Am.

The drive is the Queenslander’s first of his first year as a Porsche Young Professional driver, with February’s Bathurst 12 Hour and May’s Nurburgring 24 Hours also confirmed so far on Campbell’s program.

The Swiss Fach outfit has pedigree in Dubai, having won the A6-Am class (primarily GT3) in the twice-around-the-clock race in 2013.

Foster makes up one fifth of the driver line-up in race:pro Motorsport’s professional class entry.

Grove will share the car with Germans Bertram Hornung and Matthias Jeserich in what will be his first non-stop 24-hour race, having also competed in last November’s 24H of COTA.

The event also offers the opportunity for valuable seat time before Grove teams up with son Brenton and Brit Ben Barker in the Bathurst 12 Hour.

“For me this is another first,” observed Grove.

“I competed in the 24H of COTA late last year in Texas, however this will be my first 24-hour race where there is no rest throughout the night.

“For me, it’s going to be the perfect preparation for my 2018 season and hopefully I can gain some more experience and bring that back to Grove Racing for the 12 Hour in less than a month.”

Justin McMillan and Glen Wood will be joined by Dutchmen Nico Pronk and Peter Kox in the M-Motorsport KTM X-Bow in SP2 class.

Cody Hill is racing a Seat Leon in the TCR class with Stanco&Tanner Motorsport, where he will be partnered by Ruedi Rhyn, Marlon Menden, and Adrian Spescha.

The event kicks off with practice and qualifying on Thursday January 11, while race start is Friday at 2100 AEDT.