With the 2018 Virgin Australia Supercars Championship still nearly two months away, we want to know what your favourite moment of 2017 was.

Read through our shortlist and let us know your answer in this week’s Pirtek Poll. 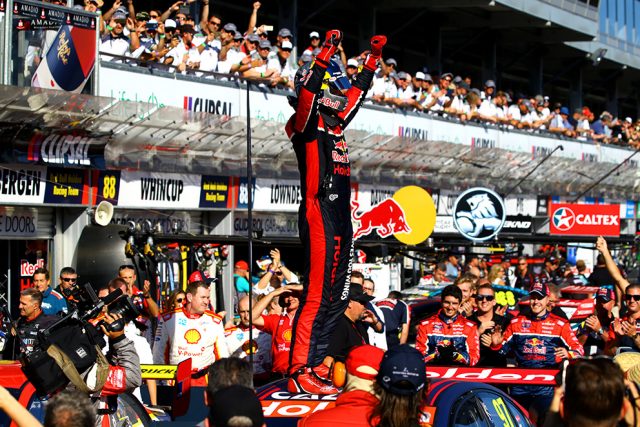 Shane van Gisbergen won both races from pole in Adelaide

Shell V-Power Racing laid down the gauntlet to Triple Eight/Red Bull HRT in the season-opener, a sign of what was to come over the 14 championship events.

Qualifying was particularly intense on the quicker, new-specification tyres. Friday’s provisional qualifying for Race 1 was decided by just one ten-thousandth of a second, Shane van Gisbergen edging Scott McLaughlin by the narrowest of margins.

In the two ARMOR ALL Top 10 Shootouts, van Gisbergen pipped McLaughlin by 0.0442s on the Saturday and Fabian Coulthard 0.0271s on the Sunday.

McLaughlin went within four laps of victory in Race 2, but van Gisbergen and Triple Eight managed to find just that little bit more all weekend as the 2016 champion kicked off his defence with two wins from two poles. 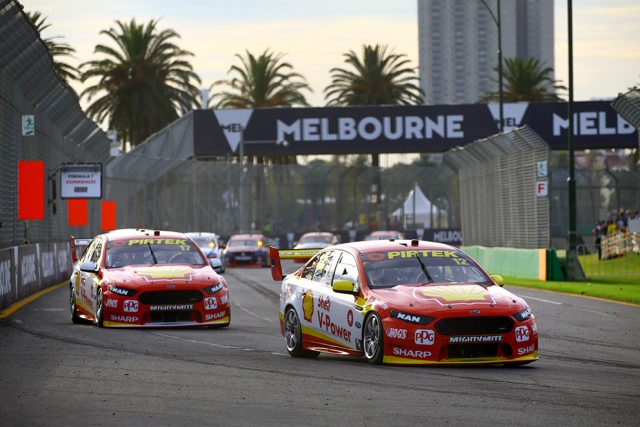 Ford’s dominance of the Australian Grand Prix started when Coulthard took poles for three of the four non-championship races, two of which were DJR Team Penske front row lockouts.

He and McLaughlin tripped over themselves in the first race but recovered to finish one-two, #17 in front, before Coulthard won the second encounter.

Car #12 was victorious again on Saturday and DJRTP looked on for four from four on the final day until Coulthard blew a tyre, leaving Chaz Mostert to step up for his first win since 2015 in a Prodrive Falcon. 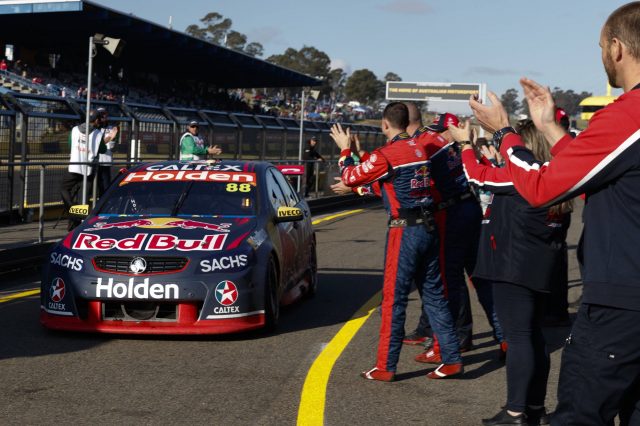 Jamie Whincup took 14 races to get onto the top step of the podium, in doing so drawing level with team-mate Craig Lowndes as the most prolific ATCC/Supercars Championship race winners of all time.

Four races later, he pulled clear with win number 106 in a clinical display on the Sunday at Sydney Motorsport Park.

Coincidentally, it was the corresponding race almost 12 months earlier in which Whincup cracked triple figures. 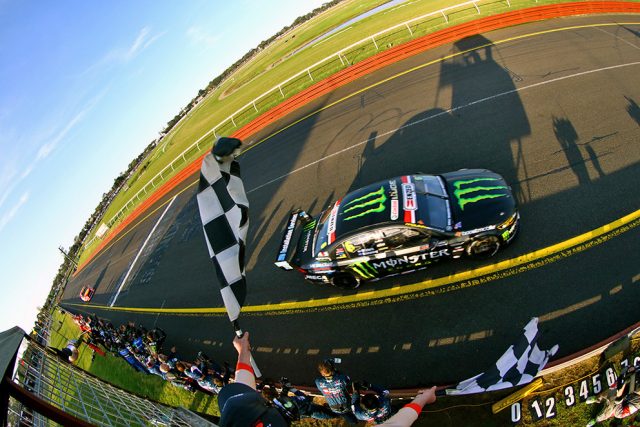 After a stunning performance in the rain at the Melbourne circuit in 2016, GP2 race winner Stanaway reinforced his touring car credentials with a superb drive to open the race for the #6 Prodrive entry.

Cameron Waters, himself enjoying a breakout weekend, finished off the job with a faultless run to the chequered flag. 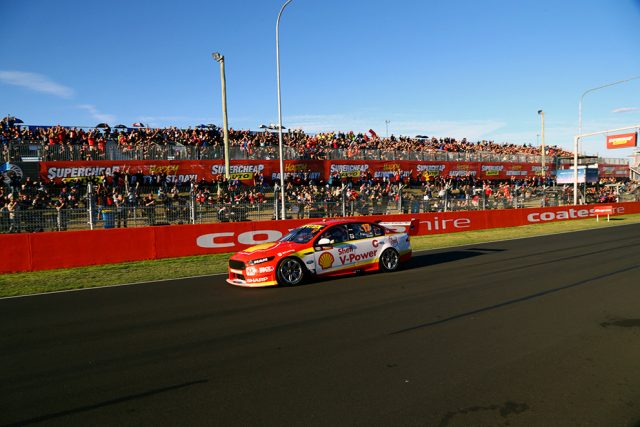 McLaughlin’s speed at Bathurst on that weekend in October was plain for all to see, but could he become the first man to break into the 2:03s there in a Supercar?

McLaughlin’s belief was correct when he took the #17 Falcon around Mount Panorama in 2:03.8312s, rewriting the record books even in spite of an untidy run over Skyline and taking pole by over 0.4s. 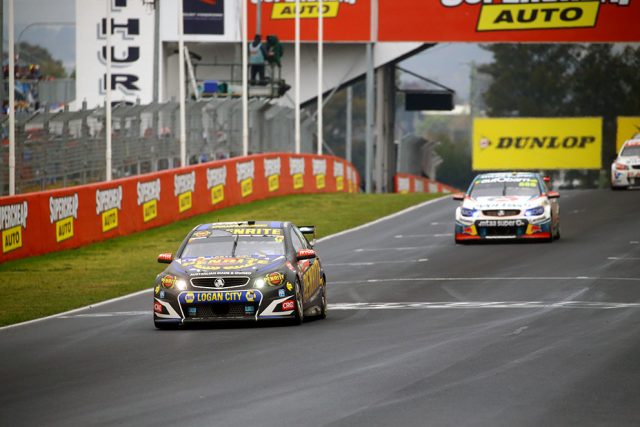 David Reynolds on his way to winning The Great Race

Come 24 hours later, one of the smallest teams in pit lane took out the biggest race in the country when David Reynolds and Luke Youlden won the Supercheap Auto Bathurst 1000 with Erebus Motorsport.

In a rainy race which oozed drama from start to finish, the #9 Commodore was best on the day through a combination of genuine pace and making fewer mistakes than most.

Van Gisbergen and Garth Tander most notably ran off at the front of the field in the tricky conditions, but Reynolds stayed on the road and left team owner Betty Klimenko shedding tears of joy. 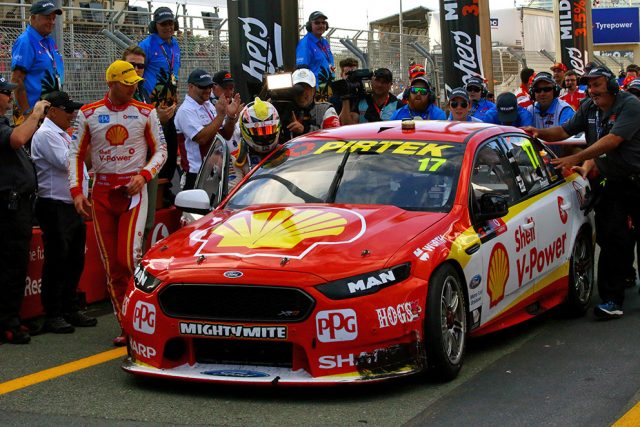 After brake problems consigned McLaughlin to 13th in qualifying for the Sunday race on the Gold Coast, the comeback to win was impressive.

Alexandre Premat bounced back from a shocking Saturday in the rain to lay the foundation in the first stint of the race, with McLaughlin helped along by a bold fuel strategy.

What arguably makes the moment, however, was how perfectly executed the strategy was. McLaughlin managed to make the finish, even perform some burnouts… and then needed help to push his car down pit lane when it very well did run out of fuel. 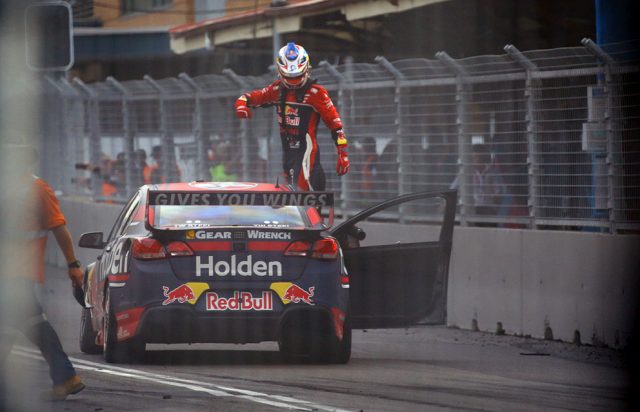 Newcastle: Whincup crowned in a thriller

A new and ultra-challenging circuit, an amazing spectacle, and perhaps the most epic and controversial championship finale that Supercars has ever seen.

McLaughlin had one hand on the trophy on the Sunday morning and tightened his grip by leading the opening stint of the race.

However, it began to unravel with a pit lane speeding penalty, then another for turning around Simona de Silvestro.

With just over two laps remaining, McLaughlin had made his way back to the critical 11th position, only to run wide and then be found guilty of a driving infringement when he made the contact which put Craig Lowndes into a wall.

The sanction meant that instead of losing on a countback, Whincup was champion for a seventh time.

Which was your favourite Supercars moment of 2017? Cast your vote in this week’s Pirtek Poll.