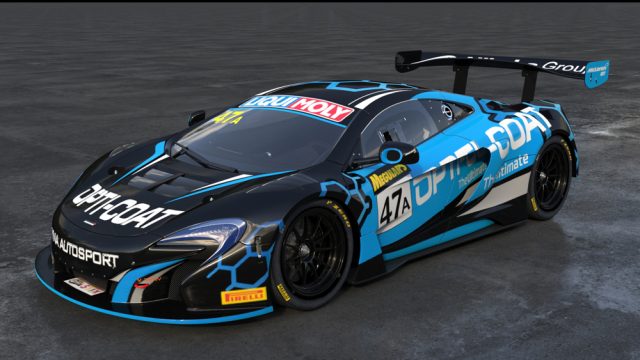 It will McLaughlin’s second attempt at the Bathurst 12 Hour, having won Class B in 2016 with Earl Bamber and Stephen Grove at the wheel of a Porsche 997 GT3 Cup car.

“I am really excited for my first attack at the Bathurst 12 Hour in Class A machinery,” said McLaughlin.

“We have a great line up to attack the Pro-Am class honours but also attack the outright order.”

“I’m looking forward to the challenge and excited to be in a fantastic car like the McLaren with some great teammates.

“The 12 Hour is a perfect way to start my racing season and hopefully we can kick it off with some success!”

Making his return to Bathurst is Watson, who drove as part of the Tekno Autosport squad in 2016 in the sister car to that which won the event.

For Ross and West however, this year’s event will be their first Bathurst 12 Hour appearance, though both are experienced GT racers.

Ross competed for YNA Autosport throughout the 2017 Australian GT season, winning the final race of the year at Sandown, while West has plied his trade in Europe, winning two races in the International GT Open series last year en route to second in the championship.

The DJR Team Penske driver is the latest Supercars regular to be confirmed for the event, with Jamie Whincup set to steer a Scott Taylor Motorsport entered Mercedes-AMG GT3, Chaz Mostert in a BMW M6 GT3, Cameron Waters in a Mercedes-AMG GT3, Lee Holdsworth in an Audi, Tim Slade in another McLaren and a host of co-drivers also in the field.

Further driver announcements are expected in coming days as teams confirm their lineups ahead of the event early next month.