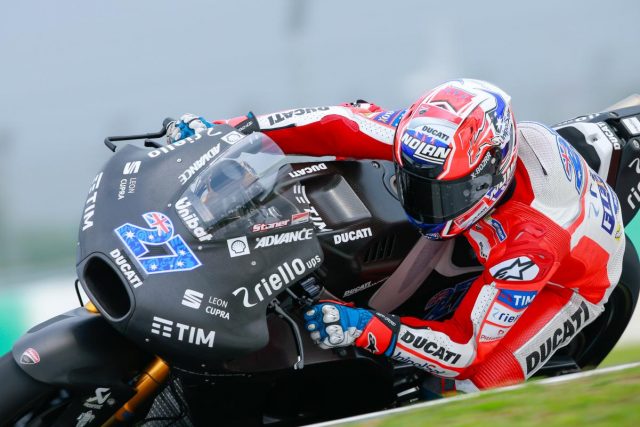 Casey Stoner is set to help kick off Ducati’s MotoGP testing program for 2018 when he rides for the team at Sepang in late-January.

According to a report in Autosport, Stoner and Ducati’s regular test rider Michele Pirro will undertake a three-day test at the Malaysian circuit.

Ducati has not confirmed details of the test, which will be held from January 24-26.

It is expected that test riders from Yamaha, Honda, Suzuki, KTM, and Aprilia will also take part.

Stoner last tested for Ducati in September, and was also a participant in its first test of 2017.

The first official MotoGP test of the calendar year will follow at Sepang on January 28-30.