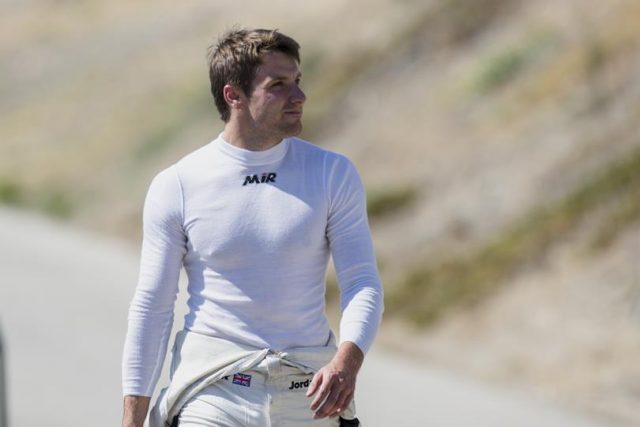 Formula 2 driver Jordan King will take on a part-time IndyCar campaign for Ed Carpenter Racing in 2018.

King will drive the team’s #20 Chevrolet-powered car in the 11 road course and street circuit races, while team owner Carpenter continues to contest the six oval races.

The 23-year-old Brit, who drove in Formula 1 practice for Manor in late-2016, fills the vacancy left by Spencer Pigot’s promotion to the full-time #21 ECR seat at the expense of JR Hildebrand.

King says he was inspired to pursue an IndyCar seat in part by a visit to the Sonoma season finale in 2016.

“It’s taken a lot of effort,” he said. “I personally worked very hard towards it.

“It’s really been a goal ever since I popped out to Sonoma in 2016 and saw everything. I’ve worked towards it since then.

“I’m really pleased to get it announced and thankful to Ed for giving me the opportunity.

“I suppose European racing lends itself to road and street courses. With it being a stepping stone for me, I personally find this a good way to go.

“I’ll do the road and street courses and leave Ed and the experts to do the ovals and learn everything I can. That will help me in the future.”

King won two races on his way to seventh in the 2016 GP2 Series, his second season in the series, but finished only eleventh in the F2 standings last year with a best race result of fourth.

“After winning at Silverstone in 2016 and being able to drive in F1 practice, 2017 was not what I was hoping for,” he admitted.

“Going into the new season, I’m really looking forward to having the opportunity with ECR to work towards our collective goals.

“I believe that together, both of us have the capability to do well.”

The 2018 Verizon IndyCar Series begins at St Petersburg on March 9-11.