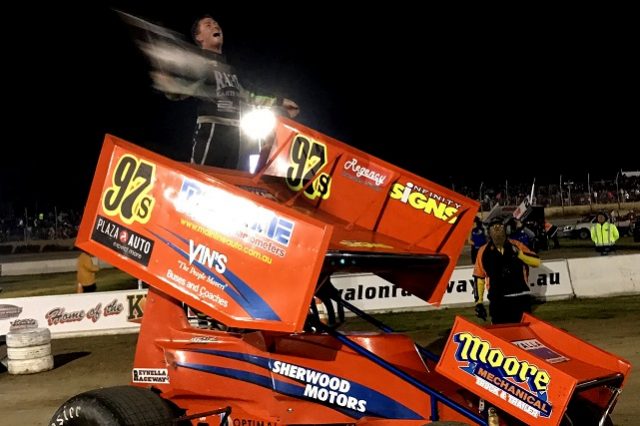 Matt Egel has held his nerve to win Round 4 of QSS World Series Sprintcars at Avalon Raceway.

Egel qualified on pole for the A Main and led the field away.

While he briefly lost top spot when James McFadden passed both he and Kerry Madsen on Lap 11, a Brock Hallett spin moments later gave Egel another chance at the subsequent restart.

From there, the South Australian was never headed despite the race being neutralised again with three laps remaining for a collision between Shaun Dobson and Brayden Parr.

Madsen threatened Egel on the penultimate lap but couldn’t get the move done and had to settle for second.

McFadden finished third, having not been a factor after the first Caution, but nevertheless holds on to top spot in the standings.

KRE Speedweek wraps up at Sungold Stadium in Warrnambool tomorrow night before World Series Sprintcars embarks on its Sunshine Swing.