Hamilton: Vettel will be back with ‘all guns blazing’

Hamilton: Vettel will be back with ‘all guns blazing’ 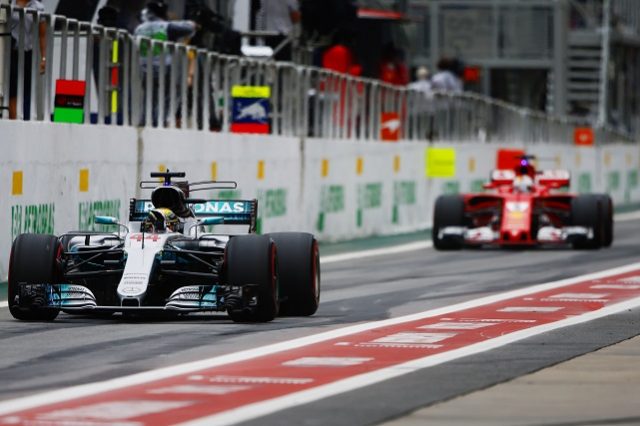 Lewis Hamilton foresees that Sebastian Vettel will be back with “all guns blazing” in the 2018 Formula 1 championship.

Vettel led the world championship for 12 consecutive races at the start of the 2017 season but his title challenge fell away in the latter half of the season as Hamilton ran rampant.

The Ferrari driver experienced costly moments in Azerbaijan and Singapore, the former when he deliberately drove into Hamilton under Safety Car and the latter when he was caught up in a three-car crash at the start of the race.

The championship was finally settled in Hamilton’s favour after a further collision at the start of October’s Mexican Grand Prix, in which Vettel could only recover to fourth when he needed to finish inside the top two to extend the fight another race.

Hamilton says Vettel should embrace the lessons he can learn from the mistakes he made during their championship contest.

“I’m not going to tell you what I’ve learned but you can see it and I think you guys have learned about him,” said Hamilton.

“He shouldn’t shy away from that. He will learn from the experiences, as we all do.

“I have had years like that. He has had years of complete solidity like (mine) this year as well.

“I imagine next year he’s going to be coming back guns blazing, but I don’t feel there’s anything I can’t achieve if I put the work in.”

Hamilton said he couldn’t know whether his own performances created pressure under which Vettel cracked, but said it was always the aim to take advantage of any small weaknesses presented by his rivals.

“Pressure points, weak points – you just keep your foot down, keep the pressure on and when the other shows no sign of weakness that’s definitely difficult,” Hamilton added.

“Look at (tennis stars Roger) Federer and (Rafael) Nadal, at some point in the game one will see a slight weakness in the other, even if just half a percent.

“That’s what they try to capitalise on and which makes the difference, and that’s really how it has been this year.”