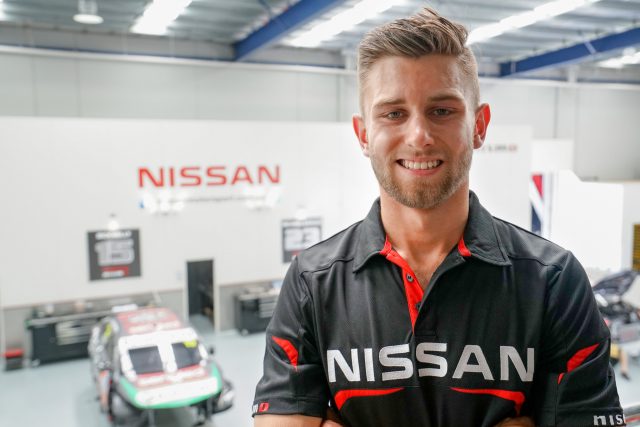 Andre Heimgartner is back in Supercars after being signed as Todd Kelly’s replacement at Nissan Motorsport.

The 22-year-old was initially set to not even contest the 2017 Pirtek Enduro Cup until he received a late call-up to fill in for the injured Ash Walsh at Brad Jones Racing, performing strongly at Bathurst and particularly the Gold Coast.

QUESTION: A few months ago you had all but given up on Supercars and were looking to Asia. How did that change come about?

ANDRE HEIMGARTNER: I wasn’t intending on going back to Supercars and it wasn’t so much that I didn’t want to, it was just the (lack of) opportunity to jump into a good team.
It’s a hard situation to get into so we thought we’d better put our efforts into trying to get something overseas.

We had all intentions to aim all our energy into trying to get some partners in Asia and try and get stuff going there. We were (also) happy with doing Carrera Cup and we would have loved to have done it again. I had one of the best years of my racing career with Sonic, learning and actually fighting for a championship.

I didn’t have an enduro seat, which I wasn’t too upset about. It’s always nice to do races like Bathurst but I was concentrating on the Porsche thing. Then obviously Ash Walsh unfortunately got injured and I got the call-up with Brad and did Bathurst and the Gold Coast.

That drive sort of put me back on the map a bit and earned me a lot more respect. Over the last year I’ve been trying to build up my profile and my reputation. People tend to forget that in 2015, when I raced with Super Black, I didn’t even get to finish the year because they didn’t really think I was good enough.

In 2016, I was racing with LDM and Nick (Percat) and I did pretty well but everyone just thought, ‘Andre’s a back of the pack driver.’

After that Gold Coast drive we were talking to Todd and obviously he was thinking about retiring but he wanted to put the right person into the car so we managed to come to some sort of arrangement. I’m really looking forward to racing with them (Nissan Motorsport) and trying to build myself and the team. 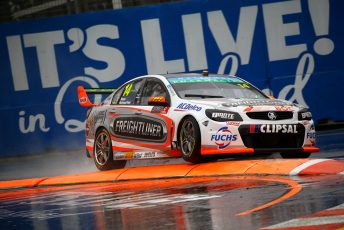 QUESTION: Did you put feelers out after the enduros yourself or did Todd approach you?

HEIMGARTNER: We approached a couple of people about enduros mostly. We had no interest or no need to know what was going on (in Supercars) for the last few months. Once we had that performance we thought we might as well find out what’s around and that’s how it all came about.

QUESTION: What aims do you have for next year in Supercars?

HEIMGARTNER: I haven’t thought about it too much. I’m in the best driving form I’ve ever been, so it’s really, really hard. Nissan have got some good developments coming, they’re pushing hard to have a strong year so hopefully we can get some good results. I’m just looking forward to having a nice, consistent year.

Obviously battling for a championship this year (in Carrera Cup), I’ve learned a lot just so far as how to put a year together. Obviously I’m not aiming for anything ridiculous like trying to win the championship but I’ll just be looking forward to having a nice solid year, getting some good results along the way, and just building, building, building.

QUESTION: You’ve got Rick Kelly and Michael Caruso to benchmark yourself against. Can you be the lead driver in that team?

HEIMGARTNER: Obviously with Rick and Caruso, they’re well-respected drivers and they’ve got a tonne of experience. I’m pretty experienced for my age but they’ve had so many years in Supercars so it’ll be great to get the experience off them. They’re obviously not slow so they’re going to be pushing me and hopefully at some places I can be pushing them. We’ll just have to wait and see and see how it plays out.

QUESTION: The Altima is a car that you haven’t raced before, so have you got any expectations of how the car might feel or how you might adapt to it?

HEIMGARTNER: I’ve spoken to a few people that have raced them and everyone loves them; they say the chassis in them are amazing, they handle really well, but the engine as we all know is the soft area. I don’t know what I’m expecting but I think it will be a good thing and I think working with Dilan Talabani (former Super Black Racing engineer) again will be great. We have a great working relationship and that cuts down a learning part of the year again as well, so we’ll be heading into the first round all fired up ready to go.