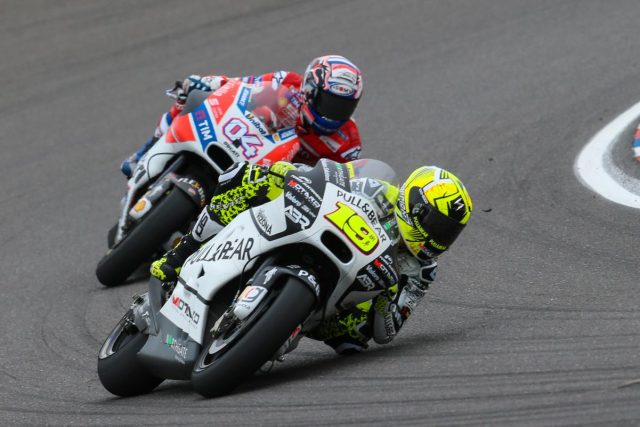 The Aspar MotoGP team has been renamed the Angel Nieto Team in honour of the late 13-time grand prix world champion.

Nieto passed away in August as a result of injuries sustained when he was hit by a car while riding a quad bike in Ibiza in his native Spain.

“Angel Nieto is synonymous with motorcycle racing, a sport that gave him so much and to which he gave so much in return,” explained Martinez ‘Aspar’, a friend of Nieto’s.

“Motorcycle racing is what it is in Spain thanks to the man who laid the first stone and we want to pay homage to that fact by renaming our team the Angel Nieto Team.

“You would always learn so much from being alongside him. Angel helped so many people, me amongst others, and he was an important part of my life, as are his sons Gelete and Pablo and his nephew Fonsi.

“Angel was particularly excited about this whole project. He trusted me to give Gelete his start in racing and he told me, ‘I know that with you he will learn.’

“To be able to pay tribute to his memory and continue with this project in the hands of his eldest son, who was one of the first to ride for my team, gives me enormous pride.”

The appointment of Gelete Nieto represents something of a homecoming given that he rode for the Aspar Team from 1993 to 1997, taking race wins in European and Spanish competition and riding in 28 grands prix.

“I took my first steps in racing with Jorge Martínez ‘Aspar’, he guided me to the top step of the podium in the European and Spanish Championships,” recalled Gelete Nieto.

“He has always been an important person to our family and alongside him I am now about to start a new chapter of my professional life in a team that will carry the name of my father.

“Motorcycles were his way of life and through this team we will make sure he remains in touch with his great passion.”

The Angel Nieto Team fields riders in junior motorcycle racing, Moto3, and MotoGP, with Karel Abraham and Alvaro Bautista continuing on Ducatis in the latter in 2018.