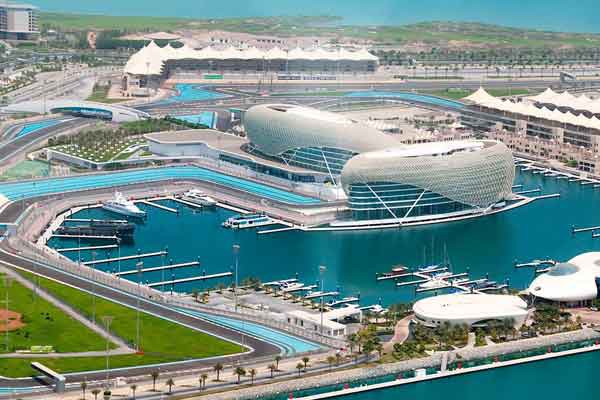 It is one of the most spectacular race circuits to watch on television, but what is Yas Marina in Abu Dhabi like to visit as a race fan?

Despite a long plane flight to get there, it would have to be one of the most convenient circuits on the planet for access and accommodation.

Getting to Abu Dhabi from Sydney, Melbourne, Brisbane or Perth is relatively easy with Etihad Airways. A single up to 14-hour flight to the United Arab Emirates will have visitors just 10 minutes drive from Yas Marina. As a circuit it is well maintained and presented in spectacular fashion.

Most people will know the Yas Viceroy as the centrepiece of the track, but on the outside of the circuit’s front gate are a range of hotels that cater for all race fans. During the Grand Prix these hotels will be both busy and expensive, but during other times of the year they are affordable. 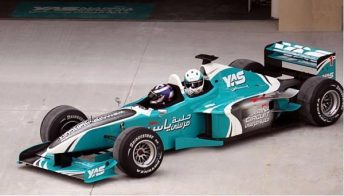 For the Formula 1 race many fans stay in Dubai and drive to one of the sprawling parking areas, from which busses take spectators in. In terms of looking around the circuit, race fans are not able to walk outside the area where their seat is, so picking the best seat possible for watching the race is essential. Top of the list is the grandstand opposite the pits and also the West grandstand that sees the cars come down the main straight, but there is also viewing over to the pit straight.

The circuit itself has several race-based activities that fans can take part in, both as a driver and as a passenger. There are three permanent pit lanes that can split the facility into three activities at the same time. The main one for paying activities is towards the main hairpin on the right-hand-side. Here you can experience everything from sports cars, through to radicals and even two-seater open wheelers. That area also features cafes and restaurants. Plus, the karting track is out the front door.

The entire Yas Island precinct has plenty going on with Ferrari World being as much the centrepiece as the race track itself. Ferrari World is a sprawling theme park with two of the best roller coasters you will find on the planet. Everything else is kind of out of place, but that’s not unusual for the UAE with snow skiing at Dubai Mall!

Probably the most welcoming place to visit is Yas Waterworld across the street from Ferrari World. A fantastic range of slides and rides will keep you cool in the hot conditions.

The one thing with this part of the world is that there is plenty to see and do, it’s just how much are you willing to spend. You can do it well and spend plenty or pick and chose what you want to see and do and not hurt the hip pocket.

It is worth seeing some of the culture in terms of the Sheikh Zayed Grand Mosque, plus other things such as the markets known as the souks.

The weather is always warm to hot, so pack accordingly. If it gets too hot there’s always relief in the various shopping malls; including the one on Yas Island.