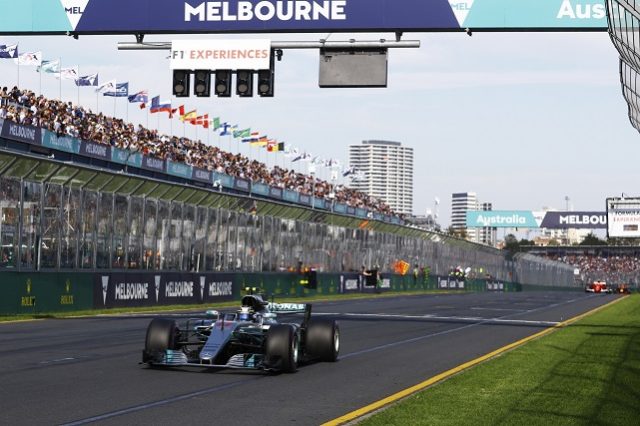 Valtteri Bottas in the first race for the W08, in Melbourne In March

Mercedes only built a “90 percent car” for the 2017 Formula 1 season in order to respond to any unforeseen aspects of the new technical regulations.

While Mercedes won both the drivers’ and constructors’ championships for the fourth year straight, it did not optimise the W08 at its first attempt under the regulations.

According to chief designer John Owen, the rationale was for the car to be more flexible than the 2016-spec W07 was.

“It might seem strange not to aim for 100 percent, but the problem you face in any new set of rules is that you can’t be certain of the challenges you’ll face along the way – how the rules evolve, whether the tyres behave differently from how you expected.

“There’s a lot of unknowns there, so you aim for a car that can cover as many different circumstances as possible, and accept that it might not be the pinnacle of optimisation.

“We built a lot of adjustment into the car, the capability to react to things we saw.

“Unfortunately, most of the things we had to adapt to we hadn’t seen coming.

“So we carried a lot of compromise through the year for things that didn’t need to be changed and we struggled a bit with those that did.”

Owen added that greater optimization of a car concept “tends to come in the second or third year of regulation stability”, and that one late change the team faced on the eve of the season would have been far more problematic if it had happened the year before.

“The reason for that was to enable us to react during the design process and move things round.

“We didn’t know where the aerodynamic development would take us, to some extent – what areas of the car we’d need to find more space on for aero performance, what areas were safe zones where you don’t find any aero.

“If you can move things around in the car and not have to reinvent every part of it with every new development, it’s quite wise.

“We did have a very late change to one aspect of the power unit, and because of our philosophy we could accommodate it reasonably well.

“If that had happened on our 2016 car it would literally have been a case of tearing up the design and starting again.

“It was nice to have that little bit of breathing space, whereas for the next car we can afford to be a lot more aggressive.”