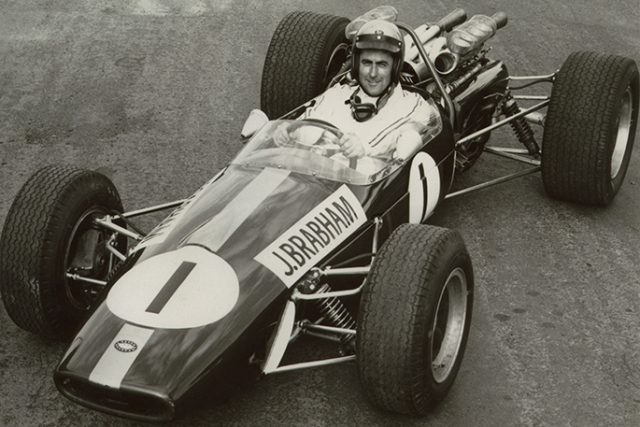 Sir Jack Brabham in the BT23A-1

A famous Brabham Tasman Series car will remain in Australian hands after being sold to the National Museum by a proud Sydney enthusiast.

The 1967 Repco-Brabham Tasman BT23A-1 is now on display at the National Museum of Australia in Canberra in a nod to the achievements of Sir Jack Brabham and engineer Ron Tauranac.

“I was approached by the Australian government to fill a vital spot in the Jack Brabham legacy for the museum,” explained former owner Chad Parrish to Speedcafe.com.

“It’s the only one that they ever did like that, whereas the other Formula 1 cars are two and three of (a kind). 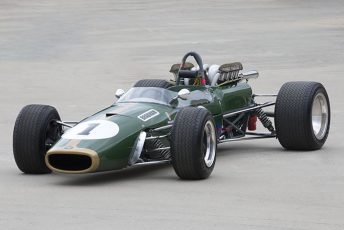 Parrish, a racer himself, is also pleased to ensure that a piece of Australian motorsport history will be enjoyed by Australians in the nation’s capital, rather than overseas.

“I and Terry Healy (a friend who helped facilitate the sale) are honoured to put a car in the Australian National Museum,” he added.

“I was too scared that that car was going to go overseas and we didn’t want to lose it.”

While the BT23A-1 did not see Formula 1 action, it did play a vital role in the success of Brabham’s Formula 1 team in 1967.

The car missed the start of the that year’s Tasman Series and suffered a series of mechanical problems in subsequent races.

It was eventually sorted and Sir Jack would win the final race of the season at Longford.

Perhaps more importantly, it served as a prototype for the BT24 which Denny Hulme raced for the bulk of his world drivers’ championship-winning season.

Sir Jack finished runner-up to his New Zealander team-mate, helping to also securing the Brabham team the constructors’ title in the process.

Both Brabham and Tauranac are members of the Australian Motor Sport Hall of Fame.