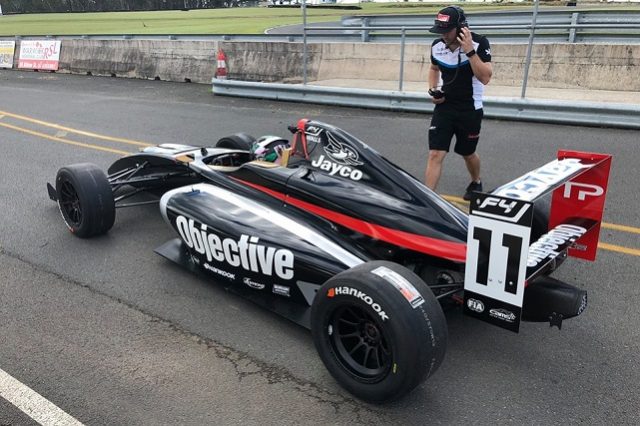 Patrizicorse has named Jackson Walls as its first signing for its debut season in the CAMS Jayco Australian Formula 4 Championship next year.

Patrizicorse, owned by former Supercars driver Michael Patrizi, announced in October that it would be adding Formula 4 to its existing karting program.

The team will field Walls in one of its two cars, with the Sydneysider making the move up from national level karting.

Walls has already tested the Mygale, which he will race with sponsorship from content solutions company Objective, at Queensland’s Morgan Park Raceway.

“We are really looking forward to having Jackson driving with our team as we begin this exciting journey from karting to car racing,” said Patrizi.

“This is what we are about providing this important link from one discipline to the other.

“Jackson made great gains on his first test day; it’s a big learning experience though he conducted himself with the utmost professionalism.

“We are looking forward to gaining as much as we can before the season starts.”

Patrizicorse has taken delivery of two Mygales, which were the first to be bought from CAMS since the option to purchase F4 cars outright became available this year.

There is no word yet on the identity of the second driver.