Lowndes, SVG teaming up in McLaren for B12Hr

Lowndes, SVG teaming up in McLaren for B12Hr 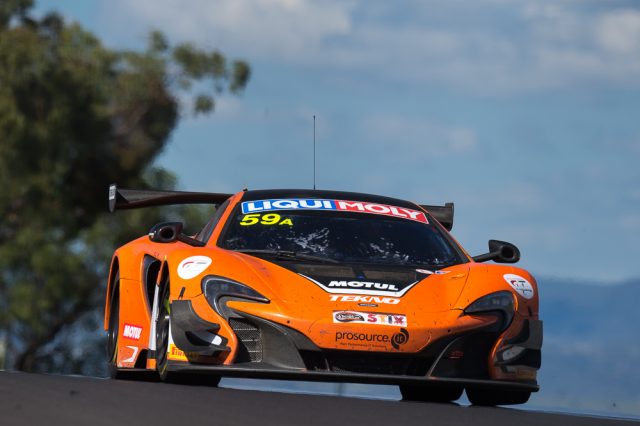 The highly-rated trio have been named to race a YNA Autosport-entered 650S GT3 which will be supported by McLaren GT.

Lowndes will arrive at Mount Panorama as one of the defending race winners having combined with his other Triple Eight Supercars team-mate Jamie Whincup and Finn Toni Vilander to win the 2017 Bathurst 12 Hour in a Ferrari 488.

While he has two wins to his name in Ferraris (the other being in his second most-recent 12 Hour start in 2014), and a runner-up finish in one of three campaigns in Audis, the 43-year-old is yet to race a McLaren around Mount Panorama.

“The Bathurst 12 Hour is one of my absolute favourite events, so I am delighted to have the chance to defend my win in 2017 but in a McLaren for the first time,” said Lowndes.

“McLaren is an iconic name in motor racing and the 650S is a serious bit of kit, so I am really excited about the opportunity to race it at Bathurst with Shane (Van Gisbergen) and Côme (Ledogar). I can’t wait.”

Between he and van Gisbergen, the combination represents winners of the last two editions of the Bathurst 12 Hour.

The New Zealander has favourable history in McLarens, winning the 2016 12 Hour with Alvaro Parente and Jonathon Webb in a Tekno Autosports entry and setting a lap record which held up this year.

That car is now owned by Patrizicorse.

In addition, Ledogar and van Gisbergen were co-drivers when they won the 2016 Blancpain GT Series Endurance Cup in a McLaren.

“I’m excited to be back in a McLaren for the Bathurst 12 Hour,” said van Gisbergen.

“It’s good to team up with Côme again, I drove with him in 2016 when we won the Blancpain Endurance Series in a McLaren 650S GT3, and driving with Craig to help him defend his 2017 title.

“I think we’ve got a strong driver line up, a strong team and a strong car, so I’m looking forward to the event.”

While van Gisbergen’s race ended on a sour note this year, when he was penalised before crashing while trying to make up ground to leader Whincup, Ledogar brought a McLaren home in fifth outright.

The 26-year-old also piloted the YNA McLaren with Fraser Ross in the first two rounds of this year’s Australian GT Championship before having to focus on his International GT Open commitments, in which he took two class race wins.