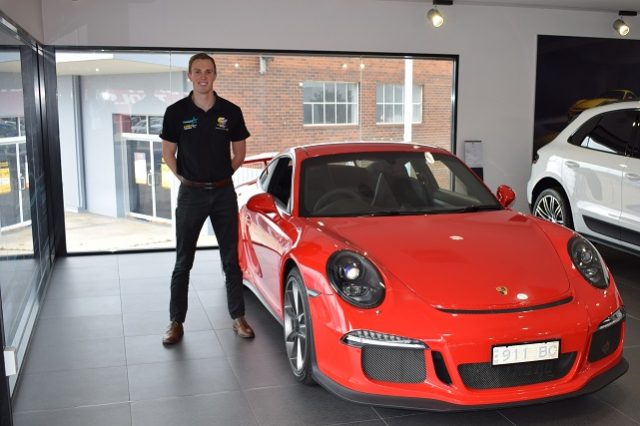 Former Formula Ford champ Cameron Hill will move on to Carrera Cup from Toyota 86 in 2018.

Hill will run the full season in Wilson Security Carrera Cup Australia with an as yet unspecified team.

The 21-year-old Canberran won the Australian Formula Ford Series in 2015 before completing two particularly strong seasons in the Toyota 86 Racing Series including a sweep of all five poles in 2017.

“When we looked at my options for 2018, Carrera Cup was the standout category for a number of reasons,” explained Hill.

“It runs at high-profile events such as the Australian Grand Prix and the larger Supercars race meetings and it’s professionally managed and presented, which makes it an ideal platform to showcase our corporate partners.

“Another strong aspect is the pathways it can create – drivers who have been successful in Carrera Cup have been able to pursue overseas racing opportunities, or stay here in Australia and progress to the Virgin Australia Supercars Championship.

The move means that Hill will be among the first drivers to experience the new-generation 911 GT3 Cup car, which will make its Australian debut in next year’s Carrera Cup.

“I’ve looked at the new car and I can’t wait to get behind the wheel,” he said.

“It’s a pure race car, with a paddle-shift gearbox and the horizontally-opposed six-cylinder engine which makes that distinctive Porsche bark.

“It will be the fastest and most-powerful race car I’ve ever driven.”

The first official on-track Carrera Cup activities will be a test day at Sydney Motorsport Park on January 24, when competitors will take delivery of their new cars.